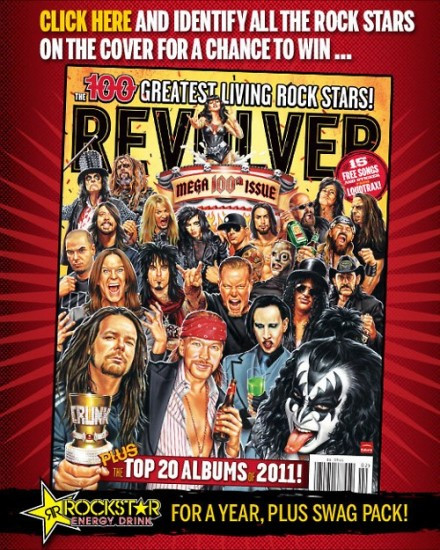 Yeah, I’m joking.  I don’t really intend to devote any of our precious space to Revolver magazine’s list of the 20 best albums of 2011.  Actually, our space isn’t precious. It’s unlimited, but still.

It just happens that although I haven’t renewed my subscription to Revolver, they continue to mail me the mag, and when I got the current issue a few days ago, I peaked at the list. It’s just as terrible as I thought it would be. Not 100% awful — there are a few good albums on the list — but overall it’s painful.

Locking up the No. 4 spot?  Evanescence.

Do you really, truly want to see the rest of the list?  Alright then.  Suit yourself.

2.   Machine Head, Unto the Locust

6.   A Pale Horse Named Death, And Hell Will Follow Me

18. Born of Osiris, The Discovery