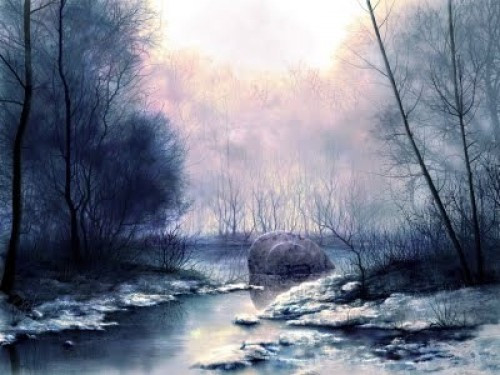 No, I Wasn't Drawn By Par Olofsson

By NCS contributor Rev. Will

The dusty wind blew across the frosted landscape with a ragged rasp. A clump of dust rolled by clumsily, slightly bouncing up and down as it traversed the bumpy forest floor (What the heck is dust doing in a frosty forest?!). Birds chirped their last call for their nest mates as the day drew to a close, with the sun turning a red-orange hue as it slowly descended beneath the horizon, disappearing into the ravenous maw of the icy cold night. 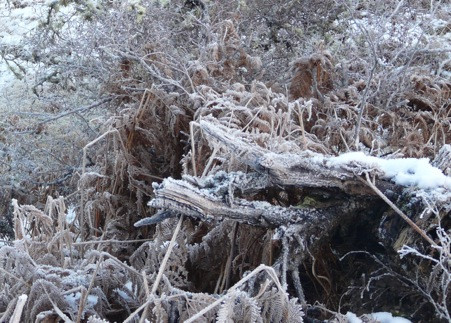 Snow and freeze-dried twigs crunched beneath the feet of the brave warrior as he made his way to the designated duel point. It was time to show who was boss. 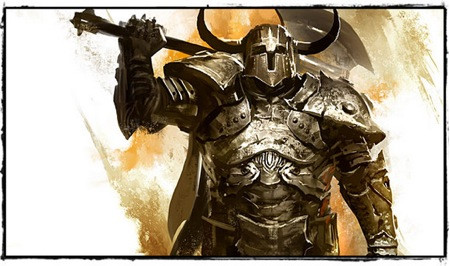 Hefting his trusty battleaxe onto his right shoulder, the warrior flicked his mane out of the way and threw his chest outwards. He started walking with a haughty swagger, left hand on hip, right hand firmly gripping his weapon of choice. The reassuring weight of heavy stainless steel on his shoulder was a great source of confidence, and he really needed it in the imminent face-off with the gunslinger. That cocky gunslinger, the warrior seethed.

The warrior grimaced at the remembrance of the stranger. He was a disrespectful one, that arrogant youngster, daring to step into his territory and openly challenging him to a duel! If not for his strict adherence to his daily schedule of hunting animals for sacrificial offerings to the Dark One and his meticulous maintenance of the stash of different-sized battleaxes back in his straw hut (And what the heck is a straw hut doing in a frosty forest?!) located close to the edge of the Carpetrug Forest, he would have cleaved the cocky bastard in half right there and then.

But then again, the stinking gunslinger had had the advantage of clear vision and long-range under the brilliant fireball of an afternoon sun…

The warrior finally reached a secluded part of the forest and stopped. He looked around, searching for any signs of life. Strange, he thought. The gunslinger had chosen a morbidly good spot. This part of the forest had such a dense canopy that practically no shaft of sunlight ever reached the layer of ever-decomposing leaves on the damp ground. The humidity level was so high here that even the bacteria responsible for decaying all organic matter could survive during winter and do its work. In other words, this was the perfect place to murder someone and leave him or her to rot into oblivion. Talk about covering your tracks. Damn, this youngster is something after all, the warrior shuddered. 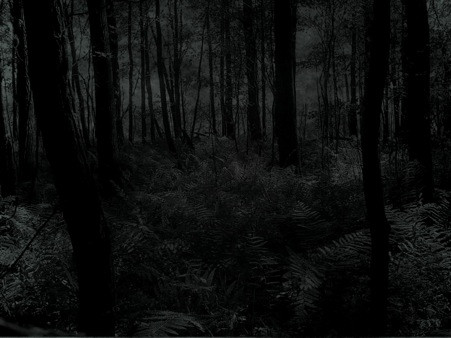 The crunching sound was getting closer. Ten… No, Eight… Six… It was barely five meters away from him now, the warrior concluded. His daily rituals were paying off well. With the blessings of the Dark One, his all-too-human eyes had overridden their feebleness and evolved into all-seeing instruments that could detect even the faintest reflection of a photon off an object he desired to see.

He could make out the svelte gunslinger in the pitch-black darkness, cowboy hat on his head, and two Wild West-era revolvers snuggling comfortably in adjacent gun pouches on both sides of his hip (Again, what freakin’ era is this?! The Viking Ages? The Wild West era?). A faint hint of cigarette smoke greeted the warrior’s nose, causing him to sniffle irritably. He did not handle the stench of burnt tobacco well, for he found it suffocating and just plain unpleasant to inhale. Besides, he would never want to get into that filthy habit of smoking out of the fear of starting a forest fire in his grim and cold leafy dwelling.

“You ready?” the gunslinger drawled, blowing a plume of smoke into the air. He sucked deeply on the expiring cigarette and threw it onto the frosty ground, crushing it with his right boot.

The warrior did not reply. Talking to your enemy would only reveal more information about yourself, and the less the enemy knew about you, the greater the advantage you had over him (and the more the enemy talked to you, the more you would find out about him). This was common sense for war veterans. He had fought in countless wars between the hordes of Hell and the pristine forces of Heaven back in his heyday after all. There was no way in hell this youngling could beat him. By the Dark One’s horns, this hatchling probably hadn’t even seen a real dead body yet!

“Cold, aren’t cha?” the gunslinger laughed. “Well, have it your way,” he continued, shrugging his shoulders. He coughed to clear his throat, and began to recite something off a notebook he retrieved from a baggy chest pocket.

The warrior glared at his soon-to-be victim, thinking up the thirteenth variety of how he was going to cut up the damned gunslinger with his gleaming battleaxe. Its sharp edge had not tasted blood for ages now, and its bloodthirstiness suddenly started manifesting itself in a nefarious aura of hot red. 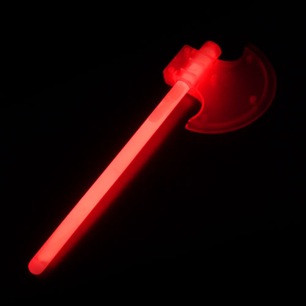 Imbued with a never-before-felt sense of brimming power that swelled in his chest and pumped what must have been liters of adrenaline into the veins of his limbs, the warrior was granted a kind of muscled vigor only an acrobat in tip-top condition could possess. An involuntary, guttural growl started rumbling around his gullet and slowly travelled upwards towards his lips, leaving his mouth in the form of a spine-tingling warcry that could have brought a fully grown adult lion whimpering on all four paws.

Flocks of frightened birds took to the air, anxious to put as much distance between the ferocious beast and themselves. The ground vibrated from the sonic shockwave as well, causing the frozen dirt on the ground to scatter and distribute itself evenly across the forest floor.

“… and that concludes the duel contract. In no way am I responsible for any insurance payout or anything of that kind when you’re dead… Oh, what power!” the surprisingly calm gunslinger taunted. He held on to his precious hat amidst the strong gale that was concocted out of the sheer force of the sonic shockwave. He started fumbling around in the pockets of his trousers with the other hand.

The warrior charged. He had been waiting for such an opening. His heavy-duty combat boots clobbered against the frosty ground, leaving footprints an inch deep with each earth-shattering impact. He could feel his firm, black armor of hardened bull hide wrapping his upper-body in a protective embrace, with his knee guards of reinforced Kraken shell (Now a Kraken?! What is this fictional world coming to?!) completing the impenetrable set. 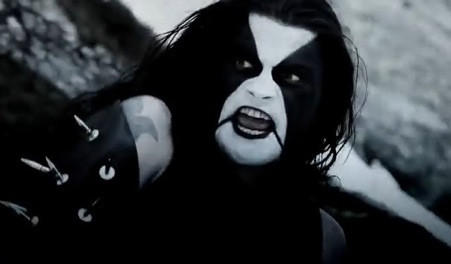 “Wait a minute, he can’t see in this darkness,” the warrior realized in belated wonderment. “So what gives?”

In that split second, the duel’s victor was decided. The gunslinger drew out a flare with lightning-fast fingers and lit it up, burning the warrior’s nocturnal eyes. He swiftly grabbed the revolver from his left pouch with the respective hand and unloaded a metal slug into the warrior’s unarmored head.