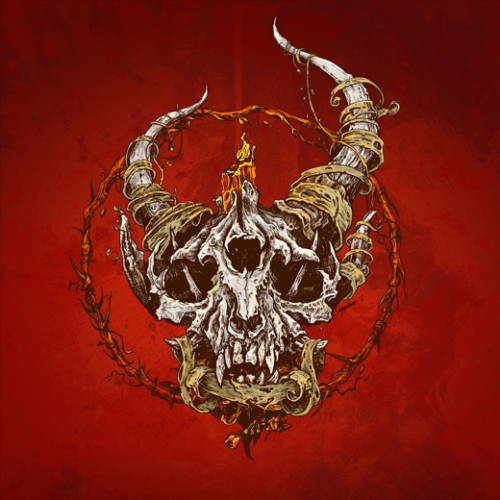 (DemiGodRaven follows his review of Impending Doom’s new album yesterday with a review of the forthcoming Solid State release by yet another stalwart of Christian metal — Demon Hunter.)

Previously in the Impending Doom review, I mentioned that I was also listening to Demon Hunter’s True Defiance. Demon Hunter are one of the few religi-core bands (I’m still trying out new labels here folks!) that I do happen to enjoy, partly because the references to religion have been relatively subdued (mostly about defiance and perseverance) and partly because the music they put out has been pretty solid. I’ve followed them since Summer Of Darkness, so I’ve had the opportunity to really watch the band change their sound and progress from being a solid metalcore act to something heavier and faster, with an odd contrasting habit of kicking out ballads.

I thought that the group’s last CD, The World Is A Thorn, was a bit of a disappointment (though it continued the tradition of badass album art). It sounded almost exactly like Storm The Gates of Hell again, just a little heavier on the ballad side. There were still some good songs, such as the title track, but it is probably the one Demon Hunter release that I listen to the least.

Two years removed from that disc, and I find myself reunited again with Demon Hunter, this time through True Defiance. It’s an interesting album. The music includes some changes compared to the group’s last release, yet everything remains familiar and easily identifiable as Demon Hunter. From the perspective of someone who has enjoyed quite a lot of Demon Hunter’s music, listening to True Defiance is like being re-united with an old friend after an extended vacation, yet I must also admit that some of what the band have done on the new album isn’t very inspired. 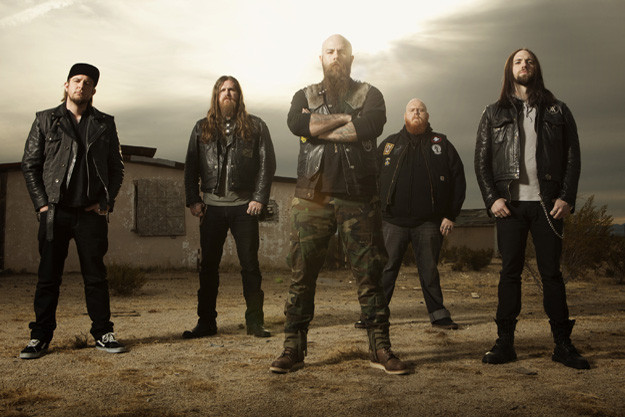 Demon Hunter are capable musicians and they can write a very good, very fast song. That’s one of the reasons I enjoy the title track from The World Is A Thorn so much: It is incredibly fast and hits very hard. The band steps into that zone again with the new album’s lead track “Crucifix”. “Crucifix” is also an example of how Demon Hunter have become more overt in their references to Christianity since the last album.

True Defiance also shows that Demon Hunter have developed quite a sense for groove metal. They’ve never really been all that enamored of  breakdowns, and as they’ve moved more and more outward into the amorphous genre known simply as ‘metal’, they seem to be growing more comfortable. They also kick out a few thrashy songs on the new release, and damn if there aren’t a lot of new vocal styles in the mix as well.

Normally on a Demon Hunter disc, you get a toss up of some mid-range screams and then some pretty good singing. Lead vocalist Ryan Clark is a capable guy behind the mic, but he seems to have developed some solid high screams and he gets some mileage out of them here. The slower songs that really allow him to sing are kept to a minimum, including one experiment with his vocals over an orchestra that is available as a bonus track. However, as I wrote in the Impending Doom review, if you want a really good ballad for True Defiance, you should get the song “My Light Unseen” from Impending Doom’s latest release (with Clark’s guest vocals) and just add it to this CD. I actually have to commend Demon Hunter on the fact that the ballad-to-heavy Demon Hunter song ratio significantly favors the latter on True Defiance, and that is how I likes my Demon Hunter.

I’ll be the first to admit that because of my fondness for drumming, I’m constantly glued to the drumming on any album for the first couple of listens. It’s because of this that I have taken serious note of whoever is sitting behind the kit on every Demon Hunter disc. I actually think the drumming has been somewhat unsung on most Demon Hunter releases, but this is the first time around that it just sounds a bit on the workmanlike side. The drums show up and they fit into every song well, but nothing spectacular emerges from behind the kit on True Defiance. 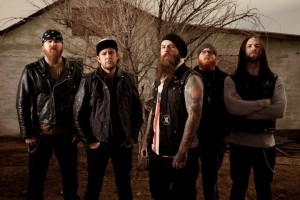 The lineup of guitarists within Demon Hunter has been constantly shifting for a little while now, and the new album features some tried and true metalcore riffs. The band have written some very fitting thrash riffs for their faster songs and they’ve injected some solid grooves throughout the rest of the disc.

Yet on the whole, the album is uneven. It includes some good tracks and a couple of songs that are solid but not very inspired, and then material that isn’t terribly memorable. The two songs that have been released so far are actually two of the more middling tracks on this disc.

At eleven songs on the regular edition and thirteen if you have the bonus material, it means there are five good songs, some ballads, and a couple of whiffs that just feel like three-minute pieces of fluff. It’s actually a bit of a struggle to remember some of that even as I type this review, thirty minutes removed from my last listen. It means largely that True Defiance is another hit and miss album, though I do think the experience is a more enjoyable than what I came across with The World Is A Thorn.

I’ve said before, and say again, that Demon Hunger are very good for a quick fix on some solid metal. I think they have walked a bit of a tough road trying to grab people, because some of what they do sounds so familiar, and I suspect True Defiance will also have a hard time standing out in the huge swath of new releases. But Demon Hunter fans and other listeners with a general curiosity about this band will find some rewards on the album — and if you dislike the ballad tracks you can skip the two available on the regular edition of the CD (the special edition with bonus tracks adds one more) with relative ease and not miss out on anything.

EDITOR’S NOTE: True Defiance will be released by Solid State Records on April 10 and can be pre-ordered here or here. Demon Hunter can be found on Facebook via this link. And here are the two tracks from the album that have been officially released for streaming: