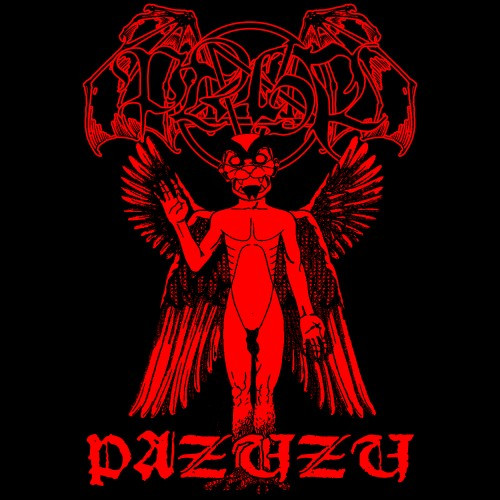 Life is so chaotic that I have a tendency to seek order in such small ways as finding themes for the collections of music I compile for this site. For this post, the unifying theme is chaos. Go figure.

There’s a lot of music to be streamed in this post, and none of it will leave you any peace.

In celebration of Walpurgisnacht, which was last night, Indiana’s Ptahil released another in their recent series of singles (the last one featured here). In the case of “Puzuzu”, they announced that it was “the completion of a Destruction Ritual dedicated to school & city officials of Steubenville, Ohio for their willing participation and condoning of child molestation/rape & child pornography.” Ptahil didn’t go into details, but it’s not hard to guess what they’re talking about.

Rage flows through “Pazuzu”. It hits like a thousand flails falling on naked flesh in the eye of a vortex. It’s a storm wind of howling guitars and thundering drums with a chorus of the damned and demented roaring and muttering in its midst. Buried within the layers of noise, riveting guitar leads can be heard and rhythms manage to take hold, but in the main, this is pitch-black, take-no-prisoners destructiveness. More killing music from one of my favorite bands.

The song is available for download for $1 via the Bandcamp link below. I’ve already plunked down my buck. Pazuzu, by the way, was the king of the demons of the wind in Babylonian mythology, the bearer of storms. Fitting. 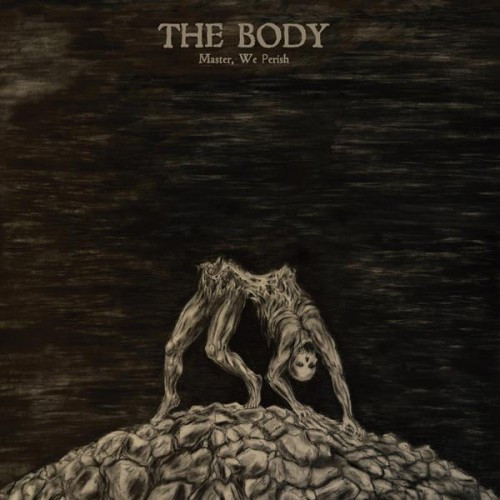 I reviewed The Body’s new EP, Master, We Perish. It still haunts me. As time has passed, my respect for it, which was pretty high when I first reviewed it, has only grown, though I’m no more sure exactly why the disorienting music has grabbed me so hard. It’s a work of bleak genius.

I previously featured Richard Rankin’s disturbing video for one of the EP’s three songs, “The Ebb and Flow of Tides in a Sea of Ash.” Yesterday, the band started streaming another Rankin film, this time for “Worship”. This is clearly a partnership that works extremely well, a case of the audio and the video enhancing each other and creating an experience that’s greater than the sum of its parts. By taking what appears to be archival footage and altering it — slowing it down and distorting it — Rankin has created something dark and evil out of a religious ceremony, something that suits the forbidding music extremely well. 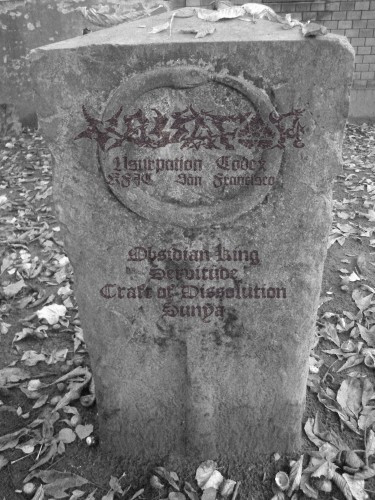 I first really paid attention to the music of this Auckland, New Zealand band last October (wrote about it here) and have been following them ever since. Yesterday, they uploaded something new to their Bandcamp page — a live, on-air performance at radio station KFJC in San Francisco, which was recorded in February 2011.  They played four songs in the studio, three of which originally appeared on their December 2012 debut album Obsidian Codex and one of which (“Servitude”) came from their 2006 EP Southern Vassaforian Hell. The music is just goddamned catastrophic, a synthesis of black metal, death metal, and doom that’s as interesting as it is obliterating. And it’s also a “name your price” download.

I also discovered yesterday that Obsidian Codex — all 96 minutes of it — is itself now available as a digital download on Bandcamp. Any fan of blackened death metal or apocalyptic doom who hasn’t yet heard this album (and there must be one or two out there) should make haste and listen now by going here. 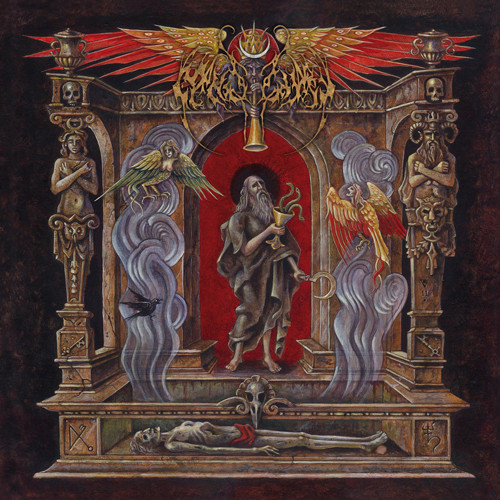 This item is last not because it’s somehow inferior to the first three items, but only because it was originally released in 2011. However, it too has recently become available on Bandcamp. I’m talking about Hierophony of the Open Grave by Colorado’s Nightbringer. It’s scathing and harrowing yet inventive. It offers surprises, though it never strays too far from the killing ground. If you’ve only got time to check out one track, try “Eater of the Black Lead”.

And if you like what you hear, Daemon Worship Productions recently released a split by Nightbringer and Norway’s Dødsengel called Circumambulations of the Solar Inferno, two tracks from which are also playable on Bandcamp (the first is from Nightbringer, the second from Dødsengel). I won’t say more about the split because I have plans to review it, which I hope I can do. I’m putting all this maniacal goodness below.

5 Responses to “SEEN AND HEARD: PTAHIL, THE BODY, VASSAFOR, AND NIGHTBRINGER”