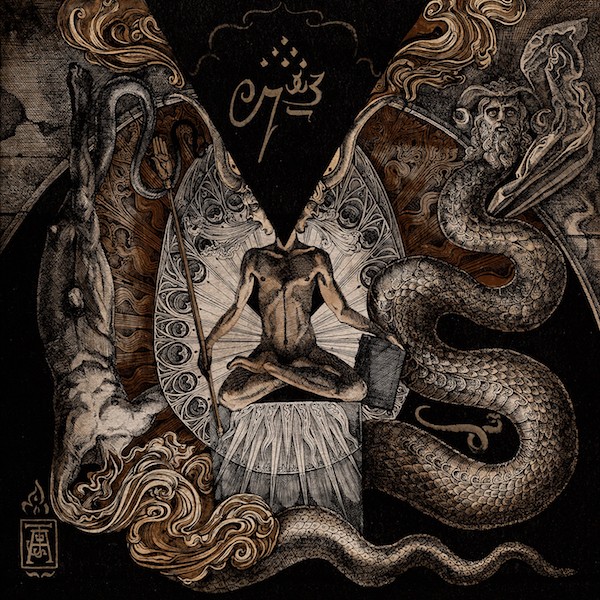 In a career that now spans more than 20 years, the Czech black metal band Inferno have been on a journey of exploration and self-realization, a journey that has reached its highest plateau with their new album, Gnosis Kardias (Of Transcension and Involution). It not only represents the zenith of the band’s own understanding and creativity, it’s a also a searing, soaring, transcendent experience for the listener and a more than worthy successor to the band’s last album Omniabsence Filled by His Greatness. That’s not a hyperbolic claim, as we think you’ll agree when you hear the song we’re premiering today: “Ω > 1 (Oscillation in Timelessness)“.

As wondrous as the cover image by Peruvian artist Jose Gabriel Alegría Sabogal is, the music is more wondrous. It has already prompted DECIBEL’s Chris D. to proclaim, in his introduction to DECIBEL’s premiere of the album’s opening track, “There will be no more important release in 2017”. Perhaps those words display precognition, but even if they are merely an ultimate expression of enthusiasm, it’s an enthusiasm that I share. 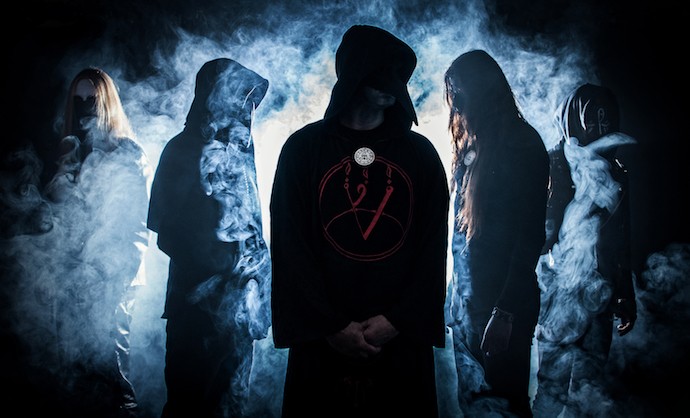 “Ω > 1 (Oscillation in Timelessness)” is exotic, esoteric, earthy, and unearthly, all at once, a melding of electrifying tumult and gleaming grandeur, like the rising of a great beast clothed in a raiment of light.

The music storms like a cyclone of damnation, reaching bombastic crescendos of massive power propelled by hyper-fast flurries of percussion and enormous ritualistic booms. And it also sends the mind well beyond the confines of corporeal existence, carried on waves of swirling ambient sounds that call to mind streamers of phosphorescence in the midst of cyclonic clouds and spectral shimmering in the void. It captures both delirium and transcendence, with the kind of vocal madness that isn’t merely reptilian and sinister, but terrifying.

And there are also some damned compulsive riffs lurking within this transportive vortex of sound. I did say the music was earthy as well as unearthly.

Gnosis Kardias (Of Transcension and Involution) will be released on April 4, 2017, by W.T.C. Productions in CD, LP, and digital versions. It includes guest vocals by the leader of Acherontas, Acherontas V. Priest and it was recorded with Tore Stjerna. Here’s the track list:

After you’ve listened to the song we’re bringing you today, check out the album trailer that we’ve also included — and then go to DECIBEL without delay to listen to that previously released track, “The Innermost Disillusion”. You’ll be glad you did.

4 Responses to “AN NCS PREMIERE: INFERNO — “Ω > 1 (OSCILLATION IN TIMELESSNESS)””