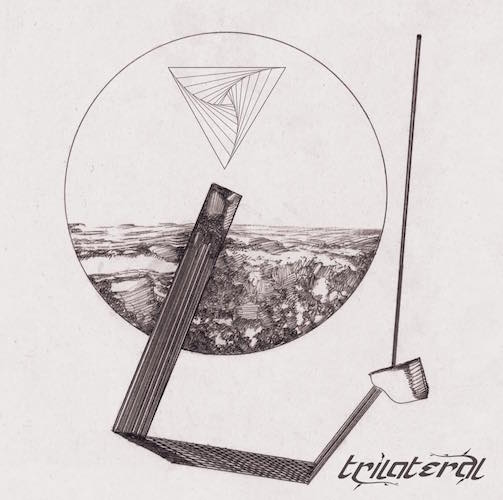 (Austin Weber brings us this stream premiere of the new album by Trilateral from Ontario, Canada.)

While there’s plenty of bands on the deathcore and djent side of the spectrum fusing death and groove together, it’s not as big a phenomenon in more technical death metal circles, though that seems to be changing. Granted, you have groups like Soreption already, but overall it’s still fresh territory to explore, as evidenced by last year’s Dischordia release and others.

Though groove is far from all that Trilateral offer, their integration of it within a largely technical death metal (without coming across as tech-death) and prog metal sound is what gives their upcoming album Elliptic Orbits a fresh feeling all its own. 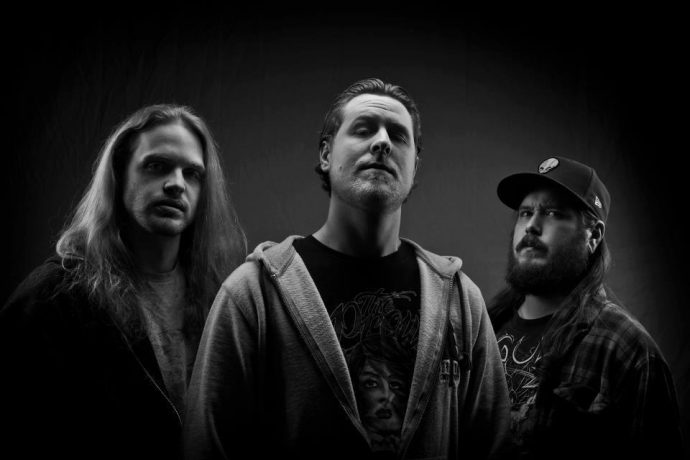 The band’s press release recommends them “for fans of Mastodon, Beyond Creation, Gojira, and Cynic”, and that’s pretty close to what you get here, but with a Meshuggah groove influence as well at times. Their other motto is “the best of all three worlds”, and they definitely do deliver on this pledge of blending the best of tech, groove, and prog into one compact package.

It should surprise absolutely no one, then, that the band hails from Canada. Where else are you going to find adventurous death metal that uniquely straddles the line between prog and tech like Elliptic Orbits does? Beyond the influences the band cite, I can’t think of many groups playing death metal in the unique way that Trilateral are, save for perhaps fellow Canadians Antlion, who could be considered a solid point of comparison in both sound and songwriting.

The best part about Elliptic Orbits is you never know what’s coming next, from moment to moment, and from song to song. These guys clearly put in a ton of work developing this material, and its multi-faceted nature is an impressive thing to hear unfold.

So check out our early stream of Elliptic Orbits below. I think it will appeal to a wide swath of metalheads out there reading this. If you dig it, pre-orders are available through the Trilateral Bandcamp page listed below.