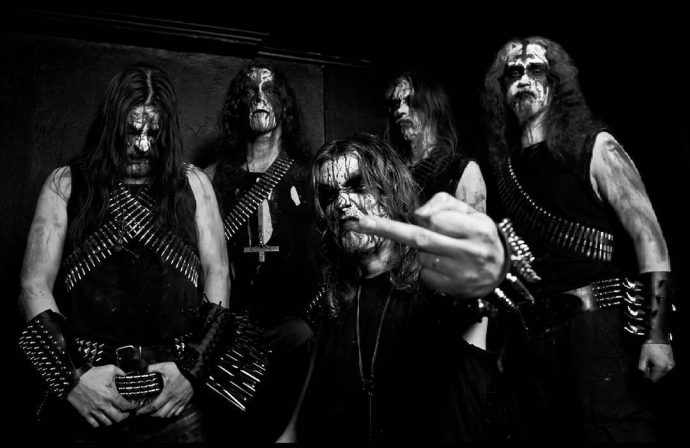 Every year U.S. metal fans are disappointed when one of their favorite bands from foreign lands cancels a U.S. tour because they couldn’t get a visa in time, or couldn’t get one at all. New “extreme vetting” rules under consideration by the Trump Administration could make that situation vastly worse. In fact, it’s hard to imagine how many extreme metal bands could survive “extreme vetting”, if reports of the new procedures are correct.

This morning’s edition of The Wall Street Journal reports that, “Foreigners who want to visit the U.S., even for a short trip, could be forced to disclose contacts on their mobile phones, social-media passwords and financial records, and to answer probing questions about their ideology, according to Trump administration officials conducting a review of vetting procedures.” These procedures wouldn’t be limited to immigrants trying to get into the U.S. permanently or for extended stays:

“The administration also wants to subject more visa applicants to intense security reviews and have embassies spend more time interviewing each applicant. The changes could apply to people from all over the world, including allies like France and Germany.” 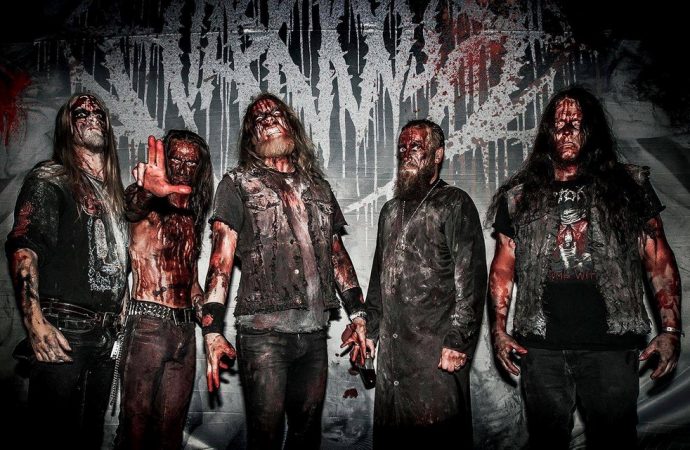 This review of immigration procedures was part of Trump’s executive order signed last month banning travel from six Muslim-majority countries. Although significant parts of the order were enjoined by multiple federal courts, the order’s direction to The Department of Homeland Security to implement “extreme vetting” was not. More from the WSJ article:

“Homeland Security officials say the agency is planning to significantly increase demands for information from all visa applicants, including visitors, refugees and others seeking to immigrate.

“The changes might even apply to visitors from the 38 countries that participate in the Visa Waiver Program, which requires adherence to strict U.S. standards in data sharing, passport control and other factors, one senior official said. That includes some of the U.S.’s closest allies, such as the U.K., Japan and Australia.”

The article further reports that under the new procedures applicants for visas could be asked to hand over their phones “so officials could examine their stored contacts and perhaps other information”. “The goal is to ‘figure out who you are communicating with,’ the senior DHS official said. “What you can get on the average person’s phone can be invaluable.'” And that’s not all. Just imagine how much fun metal bands seeking visas would have with this new procedure:

“A second change would ask applicants for their social-media handles and passwords so that officials could see information posted privately in addition to public posts. DHS has experimented with asking for people’s handles so they can read public posts, but not those restricted to friends.

“‘We want to say for instance, “What sites do you visit? And give us your passwords,” so that we can see what they do on the internet,’ Homeland Security Secretary John Kelly said at a congressional hearing in February. ‘If they don’t want to give us that information then they don’t come.'”

Some of these procedures are already being implemented. The article reports that Secretary of State (and Russia Order of Friendship winner) Rex Tillerson has already instructed officials at U.S. consulates and embassies “to limit the number of interviews scheduled each day to ensure each application is properly scrutinized”. Procedures are also being developed that would subject visa applicants to “ideological tests” to screen out people who harbor beliefs and opinions inconsistent with U.S. values, however those might be defined.

The purpose of these new procedures is ostensibly to prevent potential terrorists from getting inside the country. And it’s clearly not directed at extreme metal bands interested in touring the U.S. But even if the new rules aren’t designed or applied in ways that would prevent entry by artists who could have gotten inside the borders previously, it seems obvious that they will significantly slow down the process for getting visas — at a minimum. Every year multiple metal bands have to cancel tours because they didn’t begin the process soon enough or encountered unexpected delays. That problem is probably going to grow by orders of magnitude if these new procedures are implemented.

And of course there are plenty of people (not limited to metal bands, of course) who will decide they’d rather not come to the U.S. at all if the price for getting in includes having to hand over your phone and access to your social media accounts and financial records.

No rules have been finally formulated or adopted. All this could change. And if the new rules are implemented in the form currently advertised, there will probably be litigation over them in the U.S. courts. So maybe it’s not time to panic yet. But it probably is time for touring artists to start building in a lot more time to complete the visa application process.

Obviously the scope of visa applicants who will be affected is massive, and includes people who are trying to avoid death in their own homelands rather than just wanting to play music and sell some merch. But this is a metal blog, and that’s why I’ve focused on the impact of these rules on our tiny little sliver of immigration impacts.

If you don’t have a subscription to The Wall Street Journal, you can still read the full article here.

14 Responses to “EXTREME VETTING OF EXTREME METAL: ARE U.S. TOURS BY FOREIGN BANDS ABOUT TO BECOME JUST A FOND MEMORY?”