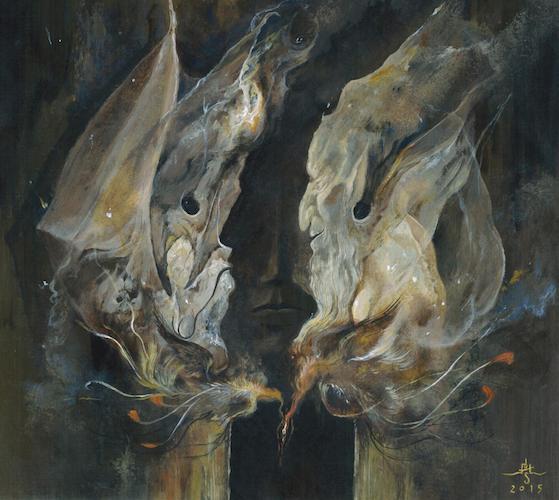 (New Zealand metal writer Craig Hayes (Six Noises) brings us his review of the new album by NZ’s Vassafor, which will be released on October 13 by Debemur Morti Productions (CD and digital) and on a later date by Iron Bonehead Productions (vinyl and cassette).)

I’m a confirmed atheist. Except when I listen to Vassafor. It’s hard to dismiss the feeling that a demonic presence is lurking when you’re listening to the New Zealand black metal duo. Chiefly because Vassafor cuts through black metal’s artifice to channel some of the most bone-chilling and inhuman music imaginable.

Vassafor are virtually unparalleled in the field of ultra-violent psychic and preternatural warfare. Born from the corruption and chaos that underlies humanity, the band’s always maintained they’ve been inspired by genuine occult forces. That’s an entirely believable proposition too. Especially when confronted with the dark and disturbing realities Vassafor conjure on their much-anticipated new full-length, Malediction. 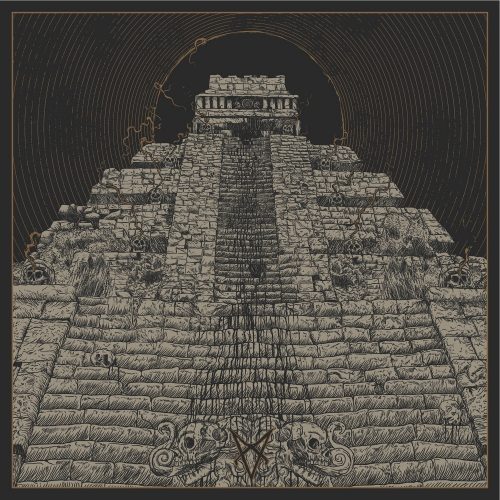 Obviously, untold contemporary black metal bands deal in “Satanic” sideshow stunts. And that’s fine. We all love metal’s theatrics and histrionics. But few black metal bands push past that theatre to create the kind of genuinely esoteric music that Vassafor deliver on Malediction. The album is as obscure as any of Vassafor’s previous releases, and it once again proffers zero compromises while dispensing cryptic communiqués, for good reason.

Most bands require very little commitment to the cause: press play and you’re done. But Vassafor demands attention via arcane music that wrenches you from your passive slumber. The band’s soul-scouring songs welcome the gaping maw of death with open arms and Malediction sees Vassafor standing as defiant as ever, delivering an occult-fuelled onslaught of “pure Southern Vassaforian Hell”.

VK worked alongside like-minded Vassafor drummer BP on the 96-minute double LP, and Obsidian Codex fused creeping and crushing black, death, and doom metal with suffocating occult atmospherics. The songwriting on the album was immensely creative, and remained masterful and merciless throughout, but more than anything else, Obsidian Codex was the consummate realization of a grand vision. 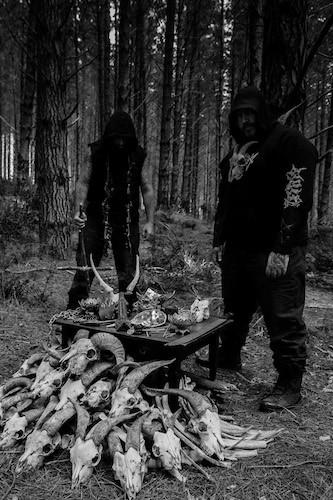 Malediction continues that vision and proves, beyond a doubt, that for Vassafor, music is a ritual; a blasphemous sacrament; an act of communion with entities beyond mortal understanding.

As with Obsidian Codex, the iron-fisted intensity of Malediction is a test of will. In terms of its visceral impact, the album still features dark ambient elements. But, overall, Vassafor has traded a lot of those doomier atmospherics for an impenetrable wall of pitch-black, mayhemic noise.

Consequently, Malediction paints an even more dissonant and remorselessly concussive picture. Yet, the album remains transcendent, as such ceaseless audio violence often is. Vassafor may have reconfigured their arsenal, but the result is still decimating on tracks like “Devourer of a Thousand Worlds” and “Emergence (of an Unconquerable One)”. Both songs feature relentlessly barbaric music delivered with staggering levels of commitment. And the roiling mass of sinuous riffs, percussion, and throat-scoured vocals on those tracks tear open gateways to bestial realms hitherto unseen.

Previous releases from Vassafor led you to gaze directly into the howling void. But this time round the void is staring straight at you, with ominous focus. The short, sharp and vicious “Servitude” binds that unsettling realization to battering percussion and raw and bloody primitivism –– a technique repeated throughout the album. That means, even when Vassafor slow down to slither and crawl, their virulent intensity and the palpable impact of their music isn’t reduced one iota.

A frenzied reinterpretation of “Black Winds Victoryant” (a track originally released more than a decade ago) and Malediction’s final subterranean hellscape “Illumination of the Sinister” continue to underscore how 50 minutes of fathomless, mantric music can bend time and reshape reality. The netherworlds dragged into view on those tracks seethe with ceaseless turmoil and strain understanding to breaking point. But, of course, that’s all a crucial part of Vassafor’s black-hearted mission: to bring dark revelations that shatter the mind. 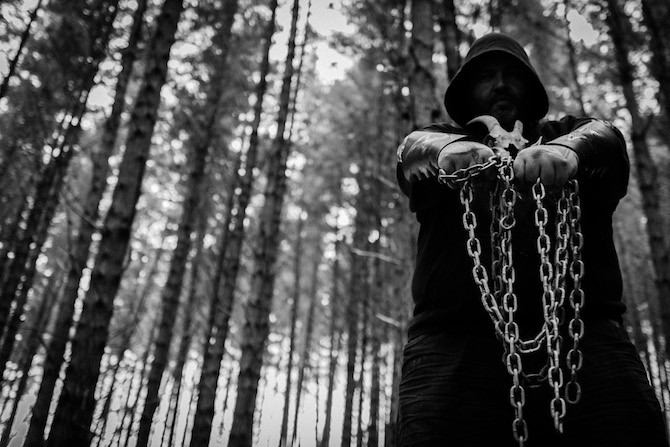 VK’s dense, bulldozing production on Malediction plays a strong role in the album’s success. But if you’re going to take issue with Malediction, then it’s here you’ll likely plant your flag. Fair enough, Malediction isn’t remotely pristine, and some people desire more icy clarity from their black metal. As mentioned, though, Vassafor make no apologies. Their music is a fucking railgun perfectly aligned with their philosophic outlook. You’re either onboard with that or not. No compromises. Ever.

VK has abundant mixing, mastering, and recording experience working with bands like Witchrist, Temple Nightside, Irkallian Oracle, Diocletian, Paroxsihzem, Sinistrous Diabolus, Qrixkuor, and many more. He ensures Malediction’s thick and unyielding production is murky, mysterious, and murderous in tone and texture. But he leaves room to appreciate nuance and moments of ruthless shock and genuine awe. 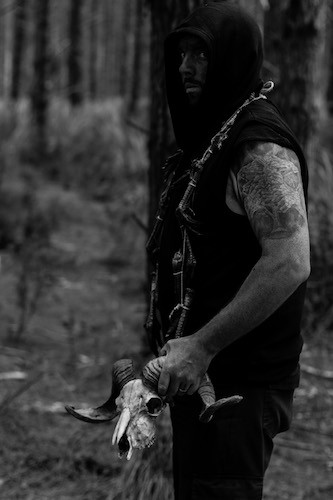 In today’s world, it’s easy to find any number of reasons to reject religion, spirituality, or the supernatural. Plenty of fans of black metal discard the mystic on the one hand and yet still find black metal satisfying on many other aesthetic levels. I mean, who cares about the demons and devils when hell is outside your window, right?

However, that attitude is in jeopardy when it comes to Vassafor because there’s no separation between the band’s music and their diabolic intent. One does not exist without the other. You can’t truly appreciate Vassafor without fully embracing evil incarnate. And when Vassafor say that Malediction is a triumphant Satanic declaration, they mean it, unequivocally.

Malediction isn’t an act. It isn’t entertainment. It’s a testament and a tribute to the horror that potentially awaits us all in the great beyond. You can argue about whether all that fire and brimstone is fact or fiction. But what’s not up for debate is the overpowering Satanic might Vassafor display on Malediction. That is all too real. And gloriously fucking terrifying.