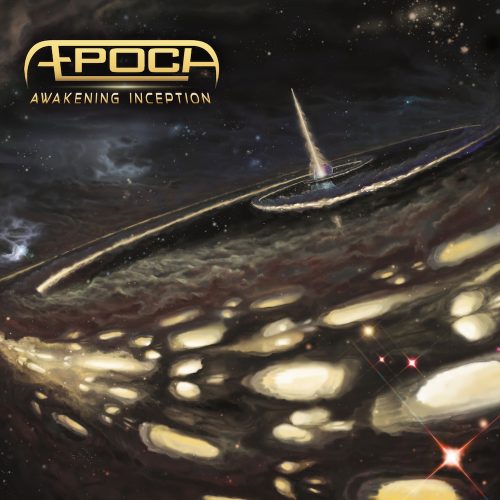 Get ready to take plenty of deep breaths. Hyperventilating wouldn’t be a bad idea. You’re going to need the oxygen… because the song you’re about to hear is genuinely breathtaking and mind-bending. (Body armor is recommended, too, because the track is also a vicious bone-mangler.)

The song in question is the title track to Awakening Inception, the new album by the death metal band Æpoch from Ontario, Canada, which is set for release on Friday the 13th of April, 2018. Among a large panoply of remarkable features, the track includes guest vocals by Hideous Divinity frontman Enrico Di Lorenzo.

Awakening Inception was preceded in the band’s discography by a substantial EP, 2015’s Æpochalypse, as well as a 2013 demo. But the new album seems like a further great leap in the band’s progression, one that inventively incorporates progressive-minded adventurousness, eye-popping technical proficiency, a flair for memorable strains of melody, and sheer bloody-minded savagery.

Æpoch’s fretless bassist and vocalist Brett MacIntosh’s comments about the album provide an introduction to the music:

“This album is a large step forward for us. Although most of the songs were started during the time of writing our Æpochalypse EP as well, we have had more time to refine them. We are completely satisfied with this effort and hope the fans will enjoy what we have to offer.

“Awakening Inception as a whole is very dark. There’s no single concept to it, but it is generally anti-human in focus. Touching on topics such as misanthropy in ”Burn Them At The Stakes”, to night terrors/sleep paralysis in “Awakening Inception”, to space and science to mental illness in “Delirium Of Negation”. “Serenity Of Non-Existence” is even about an out-of-body experience I had when I was younger.”

Which brings us to the song we’re now premiering. And to repeat — it’s breathtaking.

“Awakening Inception” (the song) has an enormously powerful rhythmic drive that moves between juggernaut rumbling, explosive blasting, and bursts of near-light-speed drum fills, all of which provide a changing anchor point for a rich array of thick, warping riffs, tendrils of freakish, fret-leaping leads, and bubbling, boiling bass notes.

With the music segmented by groaning and jackhammering grooves, the string-slingers veer, vault, and swirl across the frets, producing sounds that are both angular and fluid, deranged and mesmerizing. It’s a technical fireworks display, to be sure, but one that hangs together coherently and never devolves into the kind of chaos that would shatter the strength of the song as an actual song.

The song ends with an absolutely head-hammering groove that acts as the underpinning for an extended, fret-melting solo that’s hot enough to blow the top of your head clean off. And then you can breathe again.

This is the second single from the new album, and below we’ve included the first one — “Tabula Rasa” — along with our own premiere of the title track. Pre-orders for the album are now live.

The band will also be hitting the road for a Canadian tour with the UK powerhouse Bloodshot Dawn from April 17th to May 1st, and the current schedule for that is set forth in the flyer we’ve included after the song streams. 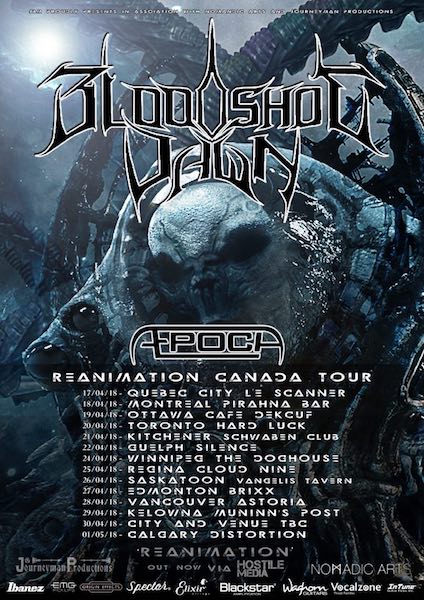 One Response to “AN NCS PREMIERE: ÆPOCH — “AWAKENING INCEPTION””