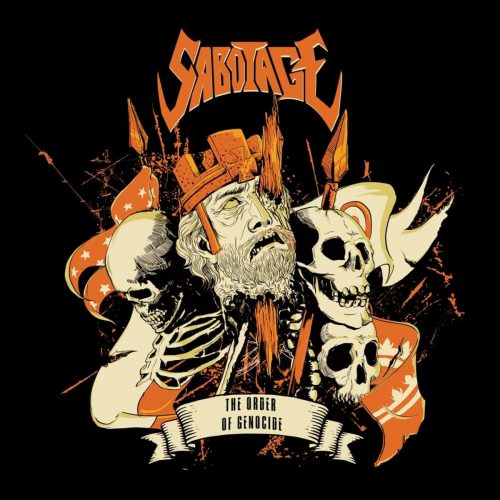 Thrash comes in a variety of flavors, even if the metalsphere hasn’t been quite as maniacally devoted to concocting sub-genre labels as it has in the case of death metal, black metal, or just about everything else. So, to say that Sabotage is a thrash band only goes so far in giving you a sign-post to the direction of their music. Even to add the further data point that they claim influence from Bay Area thrash doesn’t tell the whole story.

As you’ll discover through our premiere of this Indian quintet’s debut EP in advance of its August 3rd release, they’re definitely skilled at cooking up the kind of high-voltage riffs that are capable of getting a mosh it into a full froth. But this isn’t “party thrash”. Although you certainly can party hard to this music, these dudes are bone-breakers, with a penchant for brutal grooves, and an equal flare for anthemic melody, spectacular soloing, and politically charged lyricism, all of which elevates their fierce music above a lot of the been-there, done-that, beer-soaked sloppiness that we also call thrash. 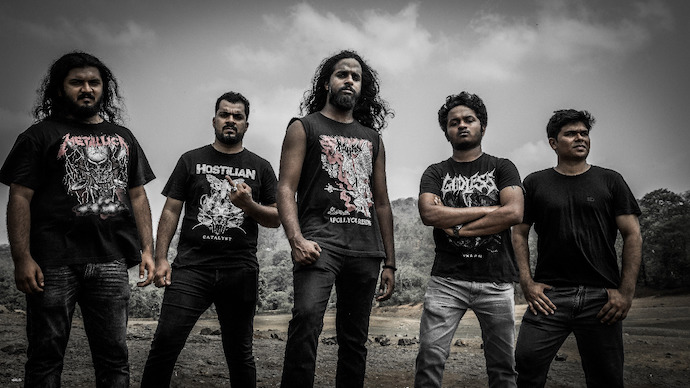 The title track proves to be a powerful opening statement for Sabotage. The combination of ethereal gleaming tones and craggy chords, titanic bass notes and magisterial drum beats, creates an epic beginning, and then, with a yell of the song’s title, the band take off in a barrage of hammering groove and crazed, skittering fretwork. The vocals here and throughout are a searing punk-like yell, rather than the kind of near-falsetto screaming that tends to make this writer’s ears bleed, or a growled snarl. There is indeed a crazed quality to the thunderous double-bass and the riffs, which pulsate and writhe, and those demented undercurrents in the song come completely to life in a wild, swirling, brain-broiling solo, whose shrieking reverberations end in a giant squall.

After a pile-driving intro, the follow-on track “Failed Is the Law” explodes in a mix of jarring string-work and brazen chords. The crushing bass and skull-cracking drumwork continue to provide a rock-solid drive-train for this ravager. A grim and gloomy atmoshpere also comes to the fore when the band periodically down-shift, but when rushing at full speed, the music is a battering, adrenaline-charged barrage. There’s a scintillating solo in this song too, a serpentine and sorcerous apparition unfurling in exotic fashion over a jolting drum-and-bass rhythm, soon followed by a sequence in which the jolting, start-stop groove becomes a recipe for vigorous headbanging

“Bloodthirst” features another killer sequence of riffs that includes some head-busting chugs and anthemic melodic flourishes, and plenty of firebrand vocal fury. The track also includes a pair of glorious, spiraling solos that seem tailor-made for enjoyment at a big arena, with the extended second one soaring into the stratosphere.

The wail of a siren and defiant words of condemnation from a female speaker lead into the politically charged closer, “Public Enemy”, which combines bursts of militaristic drumwork, mauling bass lines, and flesh-raking fretwork (and of course a pair of scorching solos). It’s a thoroughly savage song, but with anthem-like qualities of its own, and it builds to a finale of obliterating drumwork and cruel, skittering riffery. 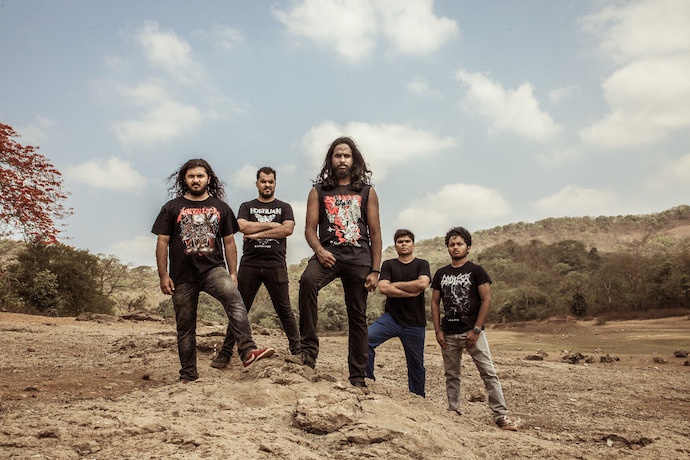 Sabotage hail from Bassein, and they gave us this statement to accompany the premiere:

“The Order of Genocide talks about the atrocities that take place every single day and how the world is inching closer towards doom. Every single track is bound to dislodge a bone or two when the mosh pit breaks open! The release of the EP will also pave way to a tour in India across few cities!”

As noted earlier, The Order Of Genocide will be released on August 3rd, and it’s available for pre-order now.