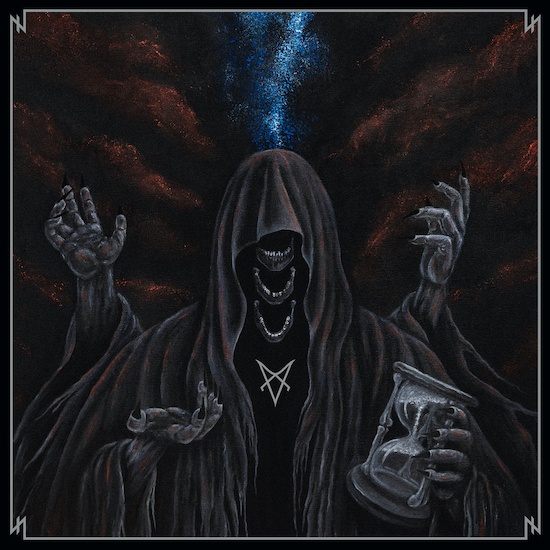 For all but the most green of newcomers to the mind-scarring upheavals of blackened death metal warfare, Vassafor truly need no introduction. Their exalted place in that hellish pantheon has already been secured over the last decade and a half. In the well-chosen words of our New Zealand friend Craig Hayes in his review of their last album, the monumental Malediction:

“It’s hard to dismiss the feeling that a demonic presence is lurking when you’re listening to the New Zealand black metal duo. Chiefly because Vassafor cuts through black metal’s artifice to channel some of the most bone-chilling and inhuman music imaginable. Vassafor are virtually unparalleled in the field of ultra-violent psychic and preternatural warfare. Born from the corruption and chaos that underlies humanity, the band’s always maintained they’ve been inspired by genuine occult forces. That’s an entirely believable proposition too.”

Though there is now no need for Vassafor to elevate their reputation, they’ve somehow managed to do that through their new album To the Death, whose title itself is a proclamation that the band have made no compromise in their devotions and remain unflinching and in their iron-fisted embrace of dark and terrifying powers. Rather than retrench, they have set their sights on even higher planes of horrifying extravagance: The album is 66 minutes long and includes such monumental works as the opening 12-minute title track, the ten-minute “Eyrie,” and the 17-minute closer, “Singularity”. What happens in those experiences, and others, prove that if you think by now that you’ve heard all Vassafor have to offer, it’s time to think again. 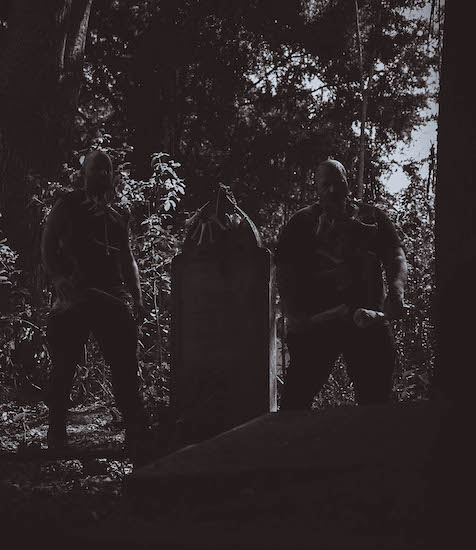 The song we’re presenting today, in advance of the album’s August 7 release by Iron Bonehead Productions, isn’t as lavish in length as those three, but “Egregore Rising” is nevertheless a multi-faceted and dynamic gauntlet sound — predictably decimating and remorseless, to be sure, but it also succeeds in creating reality-bending esoteric atmosphere and revealing visions of terrifying grandeur.

It begins in an immediate torrent of hammering drums, throbbing bass, and a slowly heaving miasma of distorted riffing that creates a palpably sickened and hopeless mood. After that brief introduction, the drums begin to rumble and pop, malignant vocals enter the picture in tones of sadistic imperiousness, and the guitars flare and flicker in expressions of anguished delirium.

Those two opening sequences are unsettling in their despondency and despair, but prove to be a prelude to a surge of eye-popping violence, all battering drums, horrifying howls, and vicious, seething guitar expulsions that are both ruthlessly mutilating and seem to exult in their gut-ripping destructiveness.

Eerie wailing leads, blaring chords, and momentous drum blows lend an air of terrible eminence to the blood-letting. The music writhes and warps in frenzies of terror and pain, enhanced by fire-fueled flurries of demented soloing. It’s an earthshaking and unearthly experience, climbing to ever-higher heights of chaos and cruelty, reveling in the ruinous ecstasies of slaughtering mayhem.

As a further brazen sign of what the album holds for you, we’re also including a stream of the previously released “Eyrie”, which is Vassafor in diabolical berserker mode, discharging a barbaric and blood-thirsty attack that’s loaded with swarming riffs, dark and dismal melodies, terrifying vocal ferocity, and highly variable tempos and drum patterns. The creepy and crepuscular melodic accents coupled with the technical acrobatics seize attention just as much as the episodes of full-bore savagery. Truly impressive dynamism on display within this hellish labyrinth too.

Iron Bonehead will be releasing To the Death on CD and vinyl formats. Keep an eye on these locations for further news about the album and how to acquire it on August 7th.