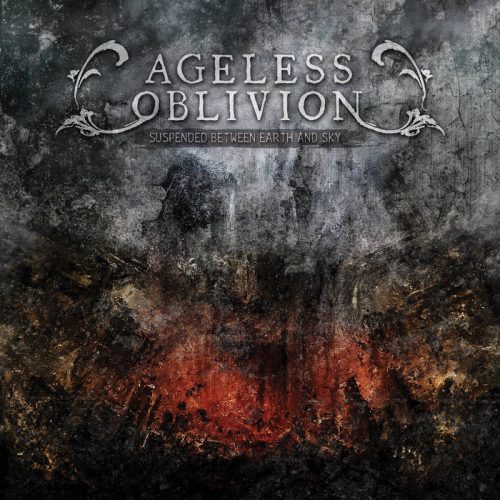 (The long-awaited new album from Ageless Oblivion comes out next week on Apocalyptic Witchcraft Recordings, and Andy Synn wants you to know all about it, and why you should buy it)

It’s a common, and widely accepted, truism that you should never meet your heroes, because chances are they’ll only disappoint you.

The same could, and perhaps should, be said about listening to the long-awaited follow-up to one of your favourite albums, an album which has become accepted by many to be a modern-day classic.

After all, there’s simply no way it could live up to or even come close to satisfying the sheer weight of expectations surrounding it. 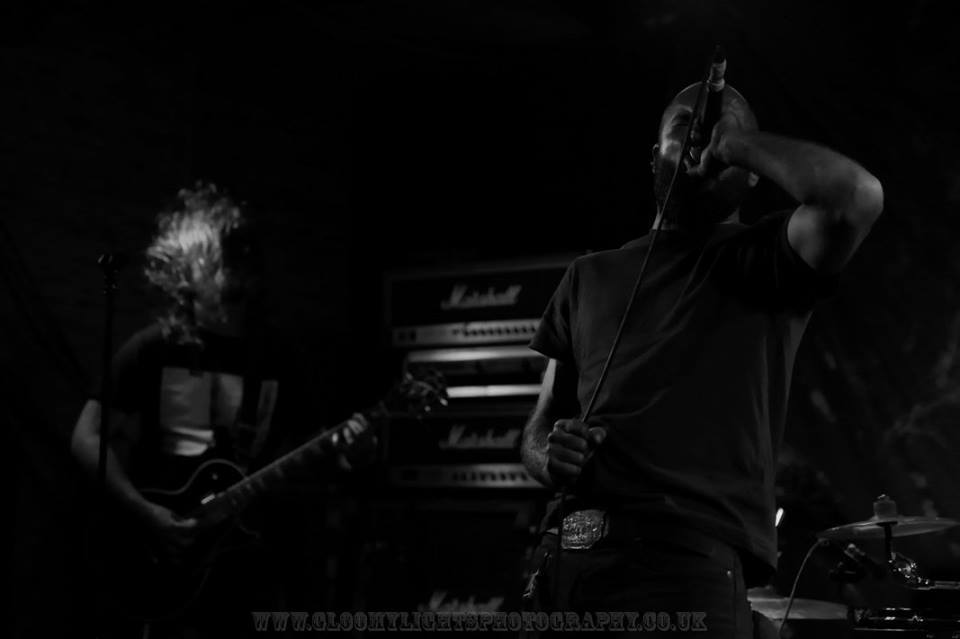 Let’s make one thing clear right away, Suspended Between Earth and Sky is not Penthos.

Though the two albums share much in common – not just a core line-up but also a core sound, equal parts dissonant density and cathartic intensity – the differences between them are both subtle and stark.

The latter was, and is, the sound of a band, almost by accident, capturing lightning in a bottle. Complex and progressive, agile and aggressive, possessing both a nasty, discordant edge and an undercurrent of bleak, brooding melody, it was the sort of album that seemingly came out of nowhere, and as such wasn’t weighted down with other people’s expectations or assumptions.

By contrast, there’s simply no getting away from the fact that, after seven long years, Suspended… has a lot to live up to, especially since the legacy of its illustrious predecessor has only grown bigger and heavier with every passing year.

Thankfully, however, the core trio who make up Ageless Oblivion – guitarist David Porter, bassist Chatterton, and vocalist Stephen Jones – have avoided the temptation and potential pitfalls of attempting to artificially recreate the same set of circumstances and sensations surrounding the making of Penthos and have instead clearly taken great pains to let their new album stand on its own.

So while Suspended… is just as much an aggressively riff-driven and abrasively atmospheric Death Metal dynamo as its predecessor, it also possesses a sense of electrifying urgency which, when combined with the band’s increased incorporation of atmosphere-enhancing Post-Metal dynamics (“Post-Death Metal” anyone?), serves to swiftly set it apart.

This subtle shift towards a more ostensibly “Post-Death” style is immediately apparent during opener “In Media Res”, which derives almost as much of its impact from its weighty melodic ambience as it does its punchy, dissonance-tinged riffs, drawing clear comparisons to the similarly proggy-yet-punishing approach of bands like Nero Di Marte, Rivers of Nihil, and Growth.

And while the group’s more conscious focus on texture and tension this time round is undeniable – especially during lengthier and more labyrinthine numbers such as “Anvil Chorus” and “Eldmessa” which really give the music space to simmer and breathe – there’s also no denying how crushingly heavy this album can be, with tracks like “From Ash and Sulphur” and “Cohesion” (to name just two examples) demonstrating that Suspended… is still more than capable of going round for round, pound for pound, up against the heaviest that Penthos had to offer.

It’s also worth noting that although Suspended… is arguably even more atmosphere-focussed than Penthos, it’s also a tighter, tauter record in general too, not only running almost a full fifteen minutes shorter than the band’s previous album but also displaying a more seamless and sharpened grasp of songwriting which gives even the more abstract and ambient moments (such as the drawn-out and desolate finale of “All Was Froze”) a defined identity and sense of direction.

So is Suspended Between Earth and Sky as good as its prodigal predecessor?

Well, that’s a hard question to answer definitively – after all, Penthos was such an unexpected bolt from the blue that it took a good proportion of the last seven years for many people to really come around to just how much of a phenomenon it was/is – and I feel like only time will tell us if it’s destined to become as much an underground classic as the group’s second album.

But one thing I can say for certain is that it’s not only a more than worthy follow-up to one of the most underrated albums of the last decade, as well as a killer comeback from a band whose return a lot of us have been longing for, but it’s also a stand-out, stand-alone piece of work in its own right, one which reaffirms Ageless Oblivion as one of the leading lights of the burgeoning “Post-Death Metal” scene.

Welcome back boys, you’ve been missed.