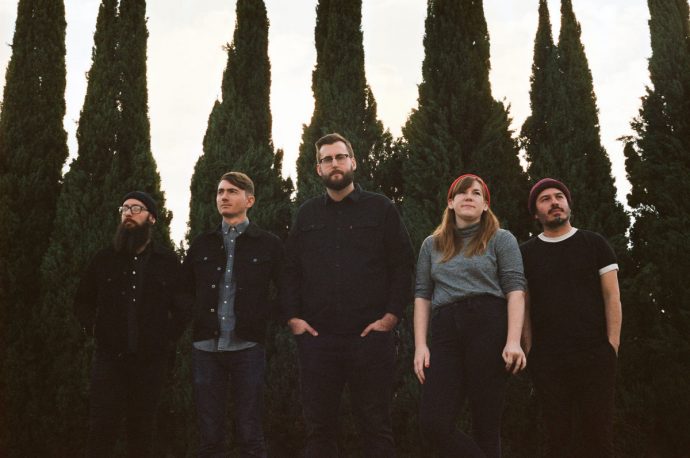 (Seb Painchaud, the main man behind the Montréal band Tumbleweed Dealer, has very expansive and eclectic musical tastes, which is one reason why for five years in a row we’ve asked him to share a year-end list with us. He did that for 2020 (here), but as explained below he has found some other (mainly non-metal) 2020 releases he wants to recommend.)

As you might have noticed reading my year-end list, I wasn’t in a very good place mentally when I wrote it. Reflecting upon such a shitty year amidst attempts to make holiday plans around the pandemic and knowing the disappointment that was in store for my kid made what is usually the highlight of my year turn into a chore. Even the wife remarked that I’m usually in a great mood afterward and looking forward to it being published, when this year I seemed to power through it like a chore and be happy to just have it done with. I did, and I was.

Seasonal depression had met OCD-induced anxiety and they both basked in my negative outlook as I tried to find something good to say about anything that happened in the last twelve months.

The year itself, other than the plague-filled mess it became, was also a reaction to a 2019 spent scouring new releases where I honestly just wanted to jam some familiar classics. The year-end lists filled me with dread rather than glee, and that was just one more thing that COVID had taken away from me. I gotta admit, I didn’t put in the time I usually do to compile the list, and just didn’t listen to as much new music as I did in previous years.

After a beginning of 2021 spent ignoring all recent albums and basking in nostalgia, my passion for seeking out new stuff has returned, and I’m now realizing 2020 had some damn good releases I just plain slept on. Some I missed completely, some I passed on after too quick of a listen, and some just didn’t click at the time.

So here are 10 albums I slept on last year that you need to check out: END_OF_DOCUMENT_TOKEN_TO_BE_REPLACED

Editor’s Note: Once upon a time, and for many years in the earlier life of NCS, Seattle-based Joseph Schafer wrote with us under the pseudonym BadWolf. From NCS he went on to become the editor of Invisible Oranges, and since then has written about music and culture for the likes of Decibel, Noisey, Consequence of Sound, Bandcamp, and more, in addition to collaborating on the production of Northwest Terror Fest. But this time of year he sometimes returns to NCS with a year-end list, and has surprised us this year by doing it again. This time his list includes a Top 10 of not-metal selections, a Top 10 of metal selections, and a list of honorable mentions.

My New Year’s resolution has been to drink almond milk instead of half-and-half and as a result the first lesson I’ve learned in 2021 has been: you can’t microwave that particular nut-based creamer. As such, my fingertips are burnt, so let’s keep this brief – and by brief I mean under two thousand words.

First things first: 2020 fucking sucked. Is there any other way to put it? Fuck the last year. Many of my closest comrades lost their jobs and endured quiet personal hells in isolation while white nationalists tried to overturn the country and a literal plague killed our loved ones. Not to mention, no live shows. Yuck. It’s probably not over but at least the worst of it seems behind us – that is, so long as you wash your hands wear a mask and take the damn vaccine. END_OF_DOCUMENT_TOKEN_TO_BE_REPLACED

Unless I’m forgetting something (always a possibility) it’s time to wrap up our 2020 LISTMANIA series.

As in years past we posted an extensive series of lists. As usual, some of them were re-postings of lists that appeared at “big platform” web sites and print magazines, and others were prepared by our own stable of race-horse writers. But once again we had a large group of lists from invited band members and other guests. Plus, we’ve again received valuable, extensive lists in reader comments on THIS POST (new lists can still be added there).

In this article I’m setting forth links to all of the 2020 year-end lists that we published, divided into categories and listed within each category in the order of their appearance. For people who are looking for the best metal that 2020 had to offer, these lists and our readers’ lists provide a tremendous resource, as they have in past years. END_OF_DOCUMENT_TOKEN_TO_BE_REPLACED 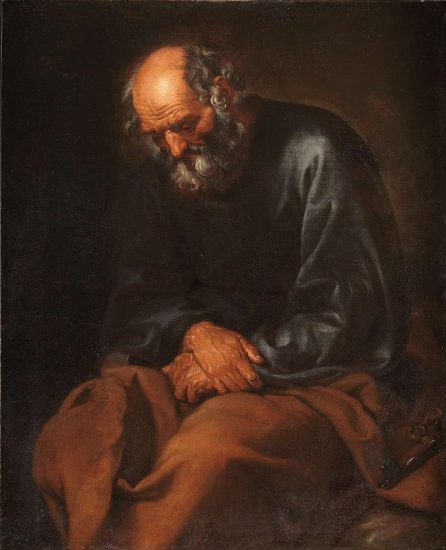 Mournfully, I must report that for the first time in a long number of years (I don’t really care enough to count them), Rolling Stone has failed to post a year-end list of best metal albums. I’ve waited patiently, but it’s now January 4th and no such list has appeared. END_OF_DOCUMENT_TOKEN_TO_BE_REPLACED 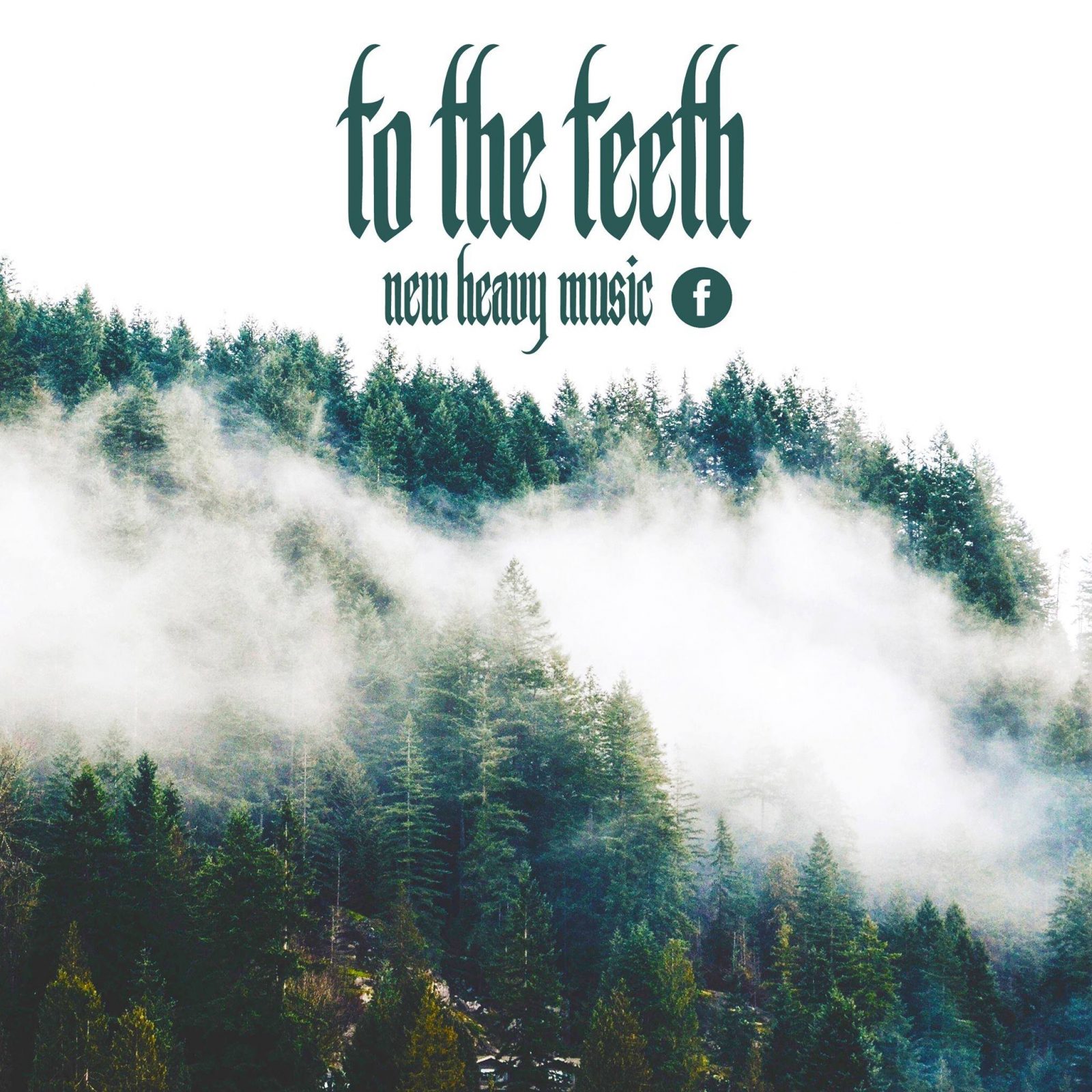 To the Teeth is the name of a Facebook-based metal blog that began life in May of 2016, and has expanded into a newsletter format. The proprietor, Dutch writer Peter van der Ploeg, regularly posts about new extreme metal songs and full releases, and as the year goes along he adds selected music to a growing Spotify playlist. He also has a Reddit thread in which he often goes into greater depth about what appears more briefly at To the Teeth on FB.

Peter has posted his own personal 2020 Top 20 list, which you can see HERE, but he again compiled a “List of Lists”, as he has done in past years. To do that he began by assembling a population of 87 year-end lists from 26 international critics, magazines, blogs, and other publications. Those included a lot of “big platform” mainstream publications as well as lists from metal-only outlets such as our own; those 87 also included separate staff lists from some sites (such as our own). This year, these were the lists he included in the aggregation process: END_OF_DOCUMENT_TOKEN_TO_BE_REPLACED

As I’m writing this, there’s less than 12 hours left in 2020, and the existential dread of how fucked up life might be through the first half of 2021 is slowly beginning to creep in. If it wasn’t for music and legal weed, I don’t know where the hell I’d be mentally right now.

But, enough of that. We’re here for the music. My top 10 albums of the year did a damn fine job of lifting my spirits when I needed it and were also malleable enough to wallow in grief and despair with me when appropriate.

While we collectively light a match and throw it into the five-alarm dumpster fire of 2020 without even so much as turning back to look at the explosion, may I present to you my soundtrack of choice for the occasion. END_OF_DOCUMENT_TOKEN_TO_BE_REPLACED

EDITOR’S NOTE: Our annual LISTMANIA series includes re-posts of lists from “big platform” music sites and selected print zines, but we usually don’t re-post lists from other metal blogs because that truly would make this long series virtually endless. But we’ve again made an exception for Brutalitopia, because through a variety of MDF hijinks over the years, the NCS crew have become fast friends with the wonderful people behind Brutalitopia — Tom, Mick, and Durf. The following is a Top 10 synthesis they compiled from their individual lists originally published at their site — which you can find HERE.

During this year of years when we needed music most, 2020 delivered in droves. Tons of music that seemed limitless at times; limited only in that there was no live venue for us to enjoy it in. Many bands worked long and hard to ensure their albums during this time of quiet for live venues and we at Brutalitöpia have compiled a Töp 10 from the respective lists (much like we did in 2016 and 2017 and even I did way back in 2011 after the death of The Number of the Blog) of Mick, Durf and myself. Kind of gives you a little bit of what we have been doing this year even if we weren’t writing a ton. Here’s to a better 2021 for all.

(Below our Norway-based contributor Karina Noctum presents her own year-end list of 2020 favorites.)

2020 was awful. I retreated for several weeks to the mountains to escape from everything and took with me some of the releases in this list. The music helps me a lot to cope. I also went more thrash and old school this time because that gives me happiness and it works as therapy through these plague-ridden dark times. So this list of the best is actually more like a survival kit: END_OF_DOCUMENT_TOKEN_TO_BE_REPLACED

(Along with Andy Synn and DGR, TheMadIsraeli has been on the NCS staff the longest, and although a tough year reduced his writing, he didn’t stop listening, and here we have his 2020 year-end lists.)

This year was a tough one for me personally.  Quarantine sending the flow of time into a perpetual state of flux, my father passing away this year, and struggling against some tough times that have faced many of us, including threats of eviction, not being able to make bills, etc, this year was a brutal one to say the least.  Metal got me through it as always, but I will admit that this year I wasn’t able to be as tuned into the musical landscape as I’d have liked to be.  I still managed to encounter some releases though, and I still listened to (by my count) 170+ albums this year, although trust me when I say that for me, Andy, DGR, and Islander, that’s honestly child’s play numbers.

This will, I THINK, change going into 2021.  Things have stabilized and I honestly found a refreshed vigor in my life of heavy music with how it helped me survive this year.  I have some more ambitious projects planned or in progress, including a new Higher Criticism series set to arrive approximately by late January/early February.  Enough about all that though, let’s get to my picks this year. END_OF_DOCUMENT_TOKEN_TO_BE_REPLACED

If nothing else, 2020 has proven to us that there’s no force in hell or on earth that can stop the gods and lesser idols of metal from cranking out quality material.

Musically speaking, 2020 surprised the shit out of me. When the world came to a grinding halt in March, I was all but certain that creating a “Top 20” or “Top Anything” list come December would be a depressing exercise. Bands were going to stop touring. Gigs were canceled worldwide. And with everything looking so grim and uncertain, I was bracing myself for a down year in metal.

In this case, I was happy to be wrong: Apparently, quarantine lent itself to creativity in brutality. Paired with the litany of political and socioeconomic issues that dominated headlines during this hellish 12 months, it seems plenty of bands drew from a vast pool of inspiration to churn out some seriously impressive work.

Like everyone else here, I didn’t get a chance to listen to everything I probably should have, but here’s the first half of my top 20 picks from the best of a very weird year. END_OF_DOCUMENT_TOKEN_TO_BE_REPLACED