Editor’s Note: Once upon a time, and for many years in the earlier life of NCS, Seattle-based Joseph Schafer wrote with us under the pseudonym BadWolf. From NCS he went on to become the editor of Invisible Oranges, and since then has written about music and culture for the likes of Decibel, Noisey, Consequence of Sound, Bandcamp, and more, in addition to collaborating on the production of Northwest Terror Fest. But this time of year he sometimes returns to NCS with a year-end list, and has surprised us this year by doing it again. This time his list includes a Top 10 of not-metal selections, a Top 10 of metal selections, and a list of honorable mentions.

My New Year’s resolution has been to drink almond milk instead of half-and-half and as a result the first lesson I’ve learned in 2021 has been: you can’t microwave that particular nut-based creamer. As such, my fingertips are burnt, so let’s keep this brief – and by brief I mean under two thousand words.

First things first: 2020 fucking sucked. Is there any other way to put it? Fuck the last year. Many of my closest comrades lost their jobs and endured quiet personal hells in isolation while white nationalists tried to overturn the country and a literal plague killed our loved ones. Not to mention, no live shows. Yuck. It’s probably not over but at least the worst of it seems behind us – that is, so long as you wash your hands wear a mask and take the damn vaccine. 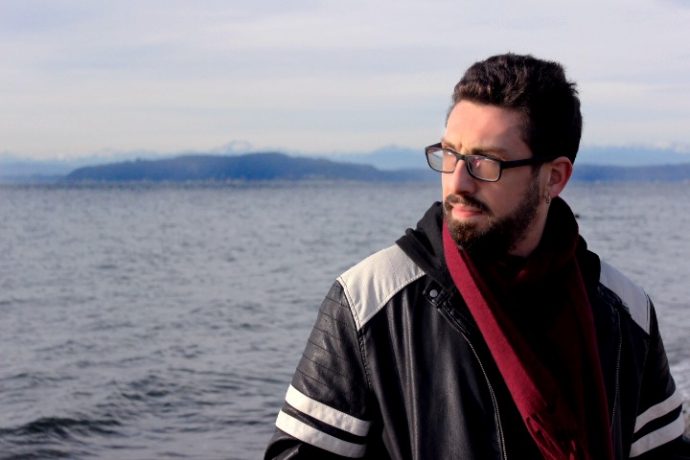 Personally, though, 2020 wasn’t so bad for me, though I listened to less new music, metal or otherwise, than almost any year in the last decade. This is because I’ve spent most of my efforts since exiting Invisible Oranges listening to bands with the idea that I might book them at Northwest Terror Fest front-of-mind. With the pandemic forcing NWTF to postpone, I focused more on writing fiction, while still keeping my bylines present at Decibel, Bandcamp and Consequence of Sound. My listening habits, as guided by wonderful music deep-dive podcasts like the (excellent) Radical Research and Requiem Metal Podcast, drifted toward the classic and forgotten – my most-listened-to artist of the year according to Spotify was Primal Fear, which I discovered thanks to Mark and Jason at Requiem. Recording an episode on Tribulation with them was a highlight of an otherwise dull spring.

As a result, my top 10 metal albums may seem a bit mainstream to some. It’s obvious that my cohort of writers here, especially DGR and Andy Synn, are far better at uncovering that which must not be unearthed than I am. For more obscure choices, see my and Langdon Hickman’s top underground releases of the year in our Mining Metal column at Consequence of Sound, and my forthcoming 35 Albums You May Have Missed list at Decibel. Picks from both will make my massive honorable mentions list. Expect no or little black metal on either, and even less OSDM than my previous choices – I know the title of this site but I think the Power Metal revival has absorbed much of the energy in the community, at least right now.

But first, my top 10 not-metal releases of the year. Those familiar with my taste won’t find many curve-balls, a lot of noisy post-punk and dark hip-hop. My trending toward the classics affected not-metal releases – otherwise must-listens from Freddy Gibbs, Grimes, HAIM, Taylor Swift, The Weeknd and Fontanes D.C. got barely one listen from me. Classic distractions came from the illustrious-though-pretentious The Album Years podcast by Steven Wilson (ex-Porcupine Tree), and Timothy Bowness routinely packs six months of required exploration into a single episode.

Without further ado, and in alphabetical order –

Benny the Butcher – Burden of Proof

This year’s mainstream hip-hop outbreak belongs to Benny, the designated tank of the beloved Griselda records. His lyrics cut with as much force and violence as the cleaver his title implies.

Boldy James and The Alchemist – The Price of Tea in China

This is some old school Dee-troit shit. James, a seasoned underground vet from my old stomping grounds in Wayne County released four albums of criminal confessionals this year and each could have made this list. The Price of Tea in China barely edges out his other entries – not to mention producer par excellence The Alchemist’s collaboration with frequent Boldy James collaborator and personal heavy rotation emcee, Freddy Gibbs.

clipping. – Visions of Bodies Being Burned

This one’s a bit of mea culpa for not releasing a top 10 list last year. This release by LA industrial-noise-rap heavyweights clipping. serves as the second entry in their exploration of horrorcore in as many years, and emcee Daveed Diggs proves more adept at morbid storytelling than his unexpected predecessors Eminem and Insane Clown Posse.

London pop starlet Dua Lipa didn’t catch my attention on her debut album. She struck me as a pretty face and talented voice in search of something to say. Well, she found a message and apparently, it’s “disco rocks.” Aptly named, Future Nostalgia evokes the golden ages of The Bee Gees, Nile Rogers and Giorgio Moroder on catchy-as-hell tracks like “Don’t Start Now” and “Levitating.”

For my money the finest living singer-songwriter in the world is Fiona Apple. After another extended break between records, she returned with this raw, percussive and brilliant home-recorded collection of eccentric delights. Maybe the consensus best album of the year – don’t hesitate to read this excellent profile of her in the New Yorker for added context.

Idles – Ultra Mono
this year’s biggest surprise came from Idles, a post-punk outfit from the UK whose grimy, hooky, and unapologetically political sound united disparate elements. Think Sleaford Mods and Unsane making an album of Rage Against the Machine worship together.

Soft-spoken and sly, New York’s Ka has long been an emcee to watch. His use of samurai film imagery and narrative flow evoke The Wu Tang Clan, but this year he adds in a dose of Old Testament fire and brimstone to his meditations on black identity in the United States and in so doing, came into his own.

Beloved indie emcee Open Mike Eagle’s been a critical darling for years, but his previous albums didn’t really land with me. His confessional and well-titled record this year chronicles his disintegrating marriage with dark wit and lovable pop culture references. For example, “I’m a Joestar” sees him pitching his own season of the beloved anime JoJo’s Bizarre Adventure set in LA and starring a black cast.

No surprises here, the union of emcees Killer Mike and El-P has been a personal favorite for nearly ten years and since RTJ3 it seems they’ve crossed over into the mainstream. RTJ4 feels a little slight after the long break between records, but totally justifies its existence with the one-two punch of “walking in the snow” and “JU$T”, surely two of the best songs in their oeuvre and maybe two of the most timely songs in their oeuvre.

Again, no surprises here. Former black metallers Ulver have long since abandoned guitars in favor of experimental territory. Their Baudelaire-titled latest is a double-edged sword. On the one hand this is the first time the band feels like they’re repeating themselves. On the other hand, their last LP, The Assassination of Julius Caesar was pure synthpop perfection and this follow up is nearly as good, thanks to indelible songs like “Russian Doll” and especially “Machine Guns and Peacock Feathers.”

Now that we have the soft stuff spilled onto your screen, let’s proceed to the hard shit, also in alphabetical order.

Truly there’s nothing Anaal Nathrakh has done to shake me from their fandom, and their past few albums – though too industrial for some – have each packed a handful of great songs. Endarkenment, though, dirties up the band’s sound a bit and packs pretty much wall-to-wall bangers. That’s enough to make my cut.

Some will cry foul at these ambitious Pennsylvania upstarts and Slipknot buddies making such a list, but Underneath is a triumph of industrialized metallic hardcore that synthesizes all the band’s influences into a cohesive whole and if it takes them to 5K-cap rooms, good for them.

The cover sucks and vocalist Jason Tarpey sounds a little pitchy, but there’s just no denying Eternal Champion have s-o-n-g-s, not to mention just enough tough guy hardcore swagger. Give into the power of power metal, it will only make you happier.

The most fun black-n-roll band ever finally releases an album that bangs front-to-back the way their incredible debut Satanic Royalty did, this time with less grime but more arena-ready NWOBHM bits.

Napalm Death – Throes of Joy in the Jaws of Defeatism

Grindcore gods Napalm Death didn’t have to reinvent themselves yet again and drop one of the best records in their world-beating career, but they did. Probably my personal fav album of the year.

The year’s best cut of crusty old school death metal is only improved by (gasp!) socially conscious lyrics and (double gasp!) production clear enough to tell what’s the bass and what’s the guitar!

Paradise Lost might be my favorite band full stop. This year’s entry doesn’t defy expectations the way its predecessor Medusa did, but it synthesizes every era of their far-spanning career into one cohesive statement without sacrificing listenability. My #2 AOTY.

Spirit Adrift jettison most of the stoner doom in their sound in favor of rolling double bass, Dio-era Sabbath grooves and Maiden-ish anthems. Their finest hour.

These Bay-Area thrash legends never disappoint but this one punches way harder than it ought to (and lightens up on the conspiracy theory bullshit).

Wayfarer – A Romance with Violence

I don’t recommend this record lightly. I’ve all but abandoned black metal since seeing too often firsthand the way it has become (or remained) a White Nationalist breeding ground. On similar ground, I tend to shy away from Profound Lore Records, once a favorite, since the label will not publicly denounce the avowed racists and sexists that were once big parts of its roster. I give Wayfarer a pass, first because I have been personally convinced the members have nothing but good intentions, and second because this really is an astounding collection of melodic, progressive, dramatic and haunting songs. The way they grapple with the bloody history of America evokes the writing of Cormac McCarthy and Larry McMurtry, as well as the cinematic work of Sergio Leone, but musically Wayfarer are one of a kind.

Destroyed in Seconds – Divide and Devour

Emma Ruth Rundle & Thou – May Our Chambers be Full

Gorpehillia – In the Eye of Nothing

Hvrt – The Grief that Feeds the Night

Necrophobic – Dawn of the Damned

Temple of Void – The World that Was

Ulcerate – Stare into Death and be Still