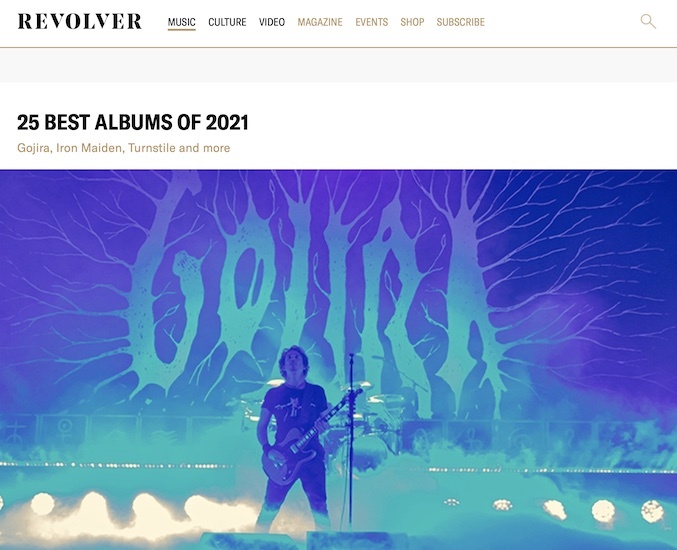 Of course, as soon as you see the words “popular culture” you know those lists aren’t going to devote too much attention to the kind of music we cover at NCS. But it’s still amusing, and sometimes even edifying, to get a glimpse of what these “taste-making” organs are telling the more above-ground world are the year’s best metal releases.

Today Revolver magazine published their list of the “25 Best Albums of 2021” on-line. Revolver claims that “millions of passionate consumers” visit their website and view their videos across desktop and mobile; that the print edition is the “biggest hard-rock and metal magazine in North America,” with a subscriber base that’s three times larger than the “next biggest U.S. metal print publication”; and that they have a “highly engaged social following with over 1B impressions per month across Facebook, Instagram and Twitter.” END_OF_DOCUMENT_TOKEN_TO_BE_REPLACED 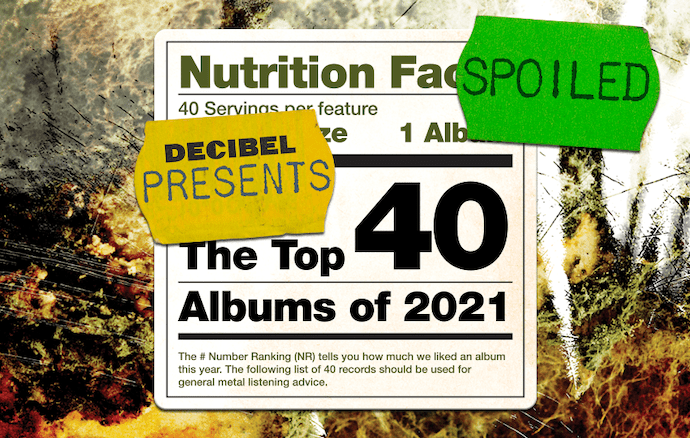 It has become an annual tradition at our putrid site to launch our year-end LISTMANIA orgy with the appearance of DECIBEL mag’s Top 40 list, because they always seem to burst from the starting gate sooner than anyone else — and they’ve done it again this year, although about a week later than they did in 2020. There’s also the fact that, in my humble opinion, DECIBEL is still the best print publication out there for fans of extreme metal, and their list always generates healthy discussions, so it’s a fitting way to launch the latest LISTMANIA season apart from the list’s early-bird status.

The DECIBEL list will officially appear in the magazine’s January 2022 edition, which hasn’t yet hit my own mailbox, but DECIBEL again decided (for the sixth year in a row, or maybe the seventh) to scoop their own list rather than letting leeches like me leak it. They published the list on-line yesterday, and so I can now again re-publish their list without too much guilt, beyond the sheepishness that comes from being one of the factors that forced them to start outing themselves in the first place.

Of course, there will be a lot more content in the January issue. It includes a cover story on the Converge Bloodmoon collaboration record with Chelsea Wolfe, a Hall of Fame feature on Arcturus’ “black metal weirdo classic” Aspera Hiems Symfonia, editorial comment on the records that made their year-end list, and more. It will also include a Portrayal of Guilt flexi disc. You can order a copy of the issue HERE. END_OF_DOCUMENT_TOKEN_TO_BE_REPLACED