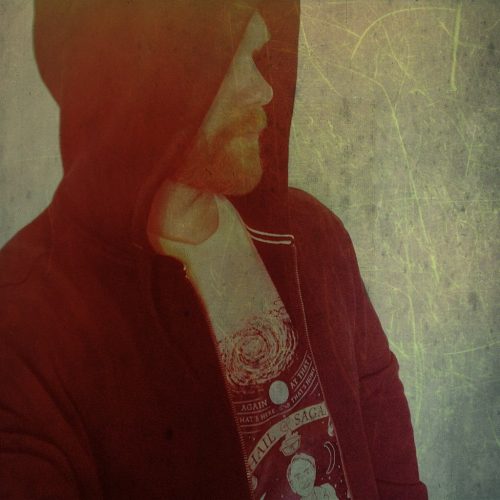 Recommended for fans of: Agalloch, Alcest, Wolves In The Throne Room

It’s not just the end of the month, but the end of what’s been a difficult twelve months for most of us, so what better time to get introspective and immersed in the rhythms and cycles of the natural world as we transition from one year to the next?

With three albums now under their belt, VVilderness – the scintillating solo-project of Hungarian vocalist and multi-instrumentalist vvilder – have been exploring the musical boundary between light and dark for a number of years now, each harsh yet haunting composition rich in both bitterness and beauty, atmosphere and energy, rugged metallic riffage and spellbinding melody.

And though the band’s sound is based in Black Metal, such is their embrace of other elements and influences – from dreamlike Doom to gloomy Shoegaze to brooding Folk – that what they create will likely appeal to a much wider audience, if they’re willing to give their music a chance.

The sombre slow-burn of “Starless Dark” sets the scene, and the mood, for the rest of the album, all resonant synths and shimmering strings which combine to give the record’s opening minutes a distinctly cosmic atmosphere, which in turn carries over into the more metallic strains of “Sól”, whose blend of gleaming melodies and gritty vocals, soaring tremolo and seething blastbeats, recalls the similarly uplifting and unearthly vibe of Mesarthim, albeit with a distinctly less dance-able vibe.

The title-track is a little under six minutes of mesmerising melody and immersive intensity, and contains both some of the album’s most aggressive and most atmospheric moments thus far – especially during its moody, melody-drenched mid-section – after which the agile acoustic string-work of “Life” provides the listener with a welcome moment of rest and reflection before the ethereal extremity of “New Earth” successfully marries the dreamlike aesthetic of early Alcest with the stranger and more synth-driven style of An Autumn For Crippled Children.

Last, but by no means least, “Aftershine” ups both the intensity and the atmosphere in equal measure, resulting in an ambitious climactic odyssey of doom and gloom, melody and melancholy, which ebbs and flows through ten enthralling minutes of light and shade that showcase just how much potential remains to be explored by this particular project.

Thematically-speaking, the band’s second album is more introspective and introverted than its predecessor, as whereas that album explored the life cycle of an entire solar-system, from birth until death, Dark Waters concerns itself with more earthly, and earthy, matters, focussing both on the natural world around us and on the author’s ancestral connection to his environment.

As such you won’t be surprised to learn that the opening title-track takes its time to build slowly towards a cathartic climax, juxtaposing moody ambience and metallic fury, gorgeous female clean vocals and grim, gritty howls of palpable rage, in a way that feels warmer and more organic than its predecessor.

The folkish melodies and fire ‘n’ brimstone fury of “Danu’s Tears” combine to create an intricately-woven tapestry of sounds, woven together with electrifying tremolo lines and laced with lambent, gleaming leads, after which the gloomy grandeur and sombre acoustic strumming of the Agalloch-esque “Mist Pillars” opens the album up in expressive, emotive style.

With “It Comes With The Rain” we meet a darker, more haunting (and haunted) version of the band, albeit one which isn’t afraid of rising from the deepest shadows towards the highest and most uplifting of heights as it moves between peaks and troughs, valleys and summits, of electrifying emotion, while “Havasok / Snowy Mountains” repurposes both lyrics and melodies from the author’s own ancestry into a Blackened Folk anthem of unexpectedly poignant power.

And, finally, the album closes with the eponymous instrumental strains of “Wilderness”, which fuses the synth, Shoegaze, and Folk-influenced elements of the band’s sound together into one final piece of pensive musical melancholy.

As it simmers and shimmers, weep and wanders, instrumental opener “Our Souls Bear the Weight of Stars” takes its time to set the stage and lay the foundation for the band’s third album, which is easily their most refined work yet but which also retains that same rugged texture and organic energy which inspired their very first release.

The follow-up, “Grey and Gold”, then quickly demonstrates the increased depths of power and emotion which lie beneath the surface of this particular album, showcasing both a more visceral vocal performance and an even bolder, more bombastic guitar tone, as well as an even more intelligent and intricate interweaving of all the different moody, melodic, and metallic facets of the band’s identity.

“Home” is a haunting, harrowing, hypnotic Black Metal powerhouse – easily one of the most immersively intense and intensely immersive tracks of the band’s career – that continues to impress and inspire with each and every listen, and should prove just as impressive and inspirational to anyone who counts themselves a fan of this year’s similarly stunning new albums from Woman Is The Earth, Wolves In The Throne Room, and their kin, while the short, sombre interlude entitled “Erdő” provides both contrast and clarity in balance to its more bombastic predecessor.

The titanic title-track marries the band’s most aggressive and “blackened” inclinations to an undercurrent of bewitching beauty and mournful melody, blending warm acoustics and shining synths, seething tremolo and solemn folk-tunes, into one absolutely enthralling whole before the slow-build towards catharsis that is “All Fires Die Out” – which moves from rippling acoustic ambience and softly-spoken clean singing to torrential metallic fury and anguished, howling vocals – brings the entire album to a keening, climactic close.