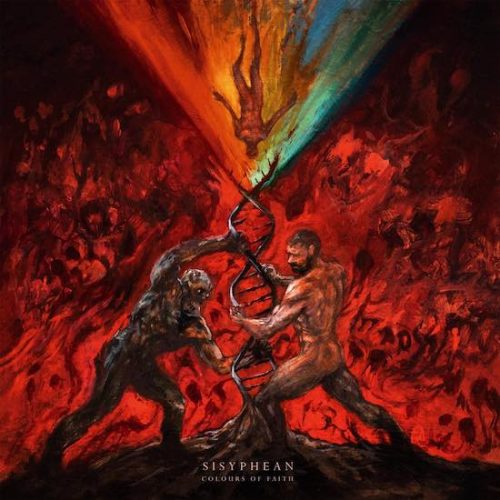 (Andy Synn presents an insight into the new album from Sisyphean, out Friday on Transcending Obscurity)

Every so often an artist or album comes along and prompts you to ask the question: “where have you been all my life?”

And this, dear reader, is one of those albums. 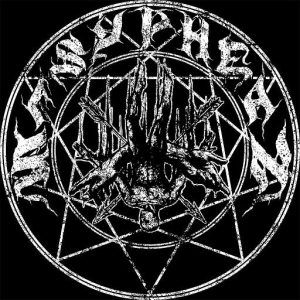 Somehow I managed to completely overlook Sisyphean‘s previous album, 2017’s Illusions of Eternity, but rest assured that, having been enlightened by their new record, I’ve since gone back and corrected this heinous oversight.

Looking back at the band’s debut like this makes it clear that not only is Colours of Faith a big leap forward – simultaneously sharper, darker, more aggressive, and more ambitious in nature – it’s also the next logical step in the group’s artistic evolution, one which should, if there’s any justice in this world, lead to much bigger and better things for the Lithuanian quintet.

While the promotional materials which accompany this album draw (not unwarranted) comparisons to the likes of Svartidauði, Deathspell Omega, Blut aus Nord, Mgła, et al, I continue to be impressed – a little more with each and every listen – with how carefully and precisely Sisyphean have managed to thread the needle through the spaces in between these artists.

It’s as if, to mix my metaphors a little, they’ve dug down through all the various layers of history and tradition which make up this particular corner of the Black Metal scene and discovered an (almost) untapped vein of inspiration to drink from, to draw from, and to fuel their creativity.

Sure, there’s a distinctly dissonant edge to much of Colours…, but it’s not the be-all-and-end-all of their sound (nowhere near as much as, say Skáphe, a band with whom they share both more and less than you might think), as the band’s creative palette also includes rich shades of melancholy melody and introspective atmosphere, as well as an even greater sense of harnessed, focussed intensity.

Whether or not any of these various alterations and improvement can be attributed to changes in the band’s line-up in the intervening years between the two albums – new members Dainius (vocals) and Andrius (session bass) stepping in to replace the departing Dovydas – is certainly something we can speculate on, although we’ll probably never know for sure, but it’s a certainty that something has prompted the group to new creative heights on this album.

This is especially apparent on the record’s two most “epic” tracks, “Sovereigns of Livid Hope” and “Conqueror”, both of which showcase the increased scope of the band’s songwriting ambitions at their very best.

The latter in particular is the album’s undeniable coup de grâce, and a fitting final statement for what I can only describe as a true work of uncompromising blackened artistry that is somehow more expressive, more immersive, more demanding, yet also more rewarding, than it has any right to be.