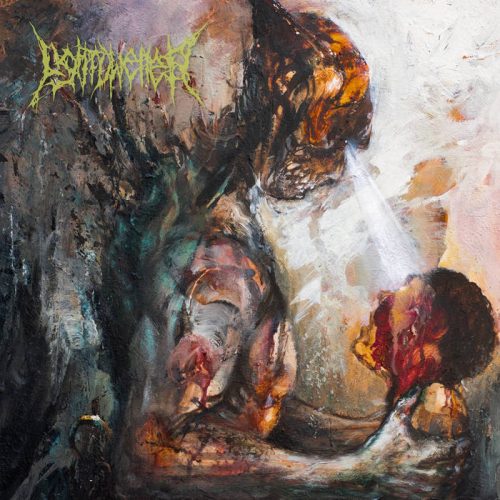 Over the years I have developed a bit of healthy scepticism when it comes to solo artists or “one man bands”.

That’s not to say I actively dislike them, by any means, it’s just that – generally speaking – I find that the collaborative process between band members tends to be more fruitful and fulfilling than simply having a single individual do all the work (often without anyone around them to curb their worst excesses).

There are, of course, many examples of where relying on an individual auteur actually produces amazing results – whether that person is working totally on their own or simply serving as the chief/main songwriter for a band – but it really comes down to a question of whether they have not just the creative vision but also the drive and talent to bring it to fruition.

And, make no mistake about it, Cameron Boesch (aka Light Dweller) has all of these things in abundance, as his latest – and greatest – album demonstrates.

I don’t think it’s jumping the gun to state, right at the very start of this review, that Lucid Offering is, by a clear margin, Boesch‘s best work yet, one which not only displays an even clearer and more coherent vision for Light Dweller‘s music but does so while weaving together all the different strands of the band’s identity thus far.

From the charred, churning riffs and gargantuan gutturals of “Succumb” to the brooding bombast and abrasive atmospherics of “Spiritual Eclipse”, Lucid Offering makes no attempt to deny how much of a debt it owes to the iconoclastic intensity of Immolation and – if anything – actively leans even further into the more Death Metal inspired side of the band’s sound when compared with its notably more “blackened” predecessor, Apparition.

But while the tangled, technical riffs and turbulent discordance of tracks like the explosive “Conjurer of Light” and the jagged, jolting “Incantation Upon a Withered Entity” certainly deliver an aggressive and antagonistic amalgam of Immolation-ish power, oppressive, Incantation-esque atmosphere, and seething, Ulcerate-style dissonance, it’s clear that Boesch hasn’t forgotten any of the lessons he learned last time around either, as each of these tracks (and the rest) are also tinged with shades of unpredictable, almost Krallice-like angularity as well as an eerie and unsettling undercurrent of bleak, blackened ambience that serves as a clever counterpoint to the album’s more brutalist tendencies.

As I’m sure some of you may be aware by now – especially if you’ve had a listen to either of the two pre-release tracks currently available online – Boesch is both an impressively talented guitarist and a dab-hand at writing drums (which, on this album in particular, while still wholly artificial, continue to feel far more natural than the rote programmed percussion you usually get with projects like this).

However it’s his constantly improving songwriting skills, his ever-evolving ability to interweave aggression and atmosphere, pathos and punishment, which are ultimately the most impressive aspect of this album, which simultaneously succeeds at being both the band’s heaviest, harshest and… I’ll say it… most lucid release so far.

Trust me, this is one offering you won’t want to miss.