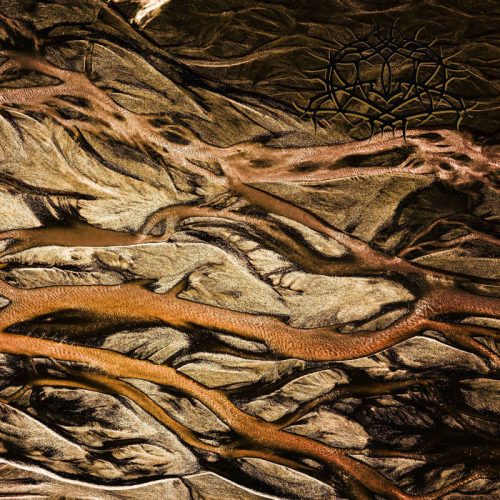 (Andy Synn continues his on again, off again, love affair with Krallice with their new album, Psychagogue)

And that’s ok. Because being a fan of a band doesn’t mean you have to like absolutely everything they do, especially when the band in question are so disgustingly prolific, and cover so much musical ground, that simply trying to keep up with them is enough of a task in itself.

So when I say that I like the band’s new album, Psychagogue, you should know that I really like it… in fact, it may just be my favourite thing they’ve released since 2016’s Prelapsarian. 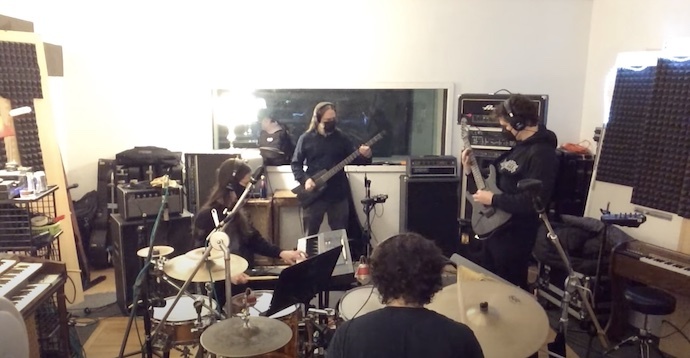 In many ways Psychagogue and Prelapsarian share a lot in common – both comprise just four tracks, and clock in at under forty minutes, and both see the band (Marston, Barr, McMaster, and Weinstein) engaging in some of the most focussed and fully-realised songwriting of their collective career.

At the same time, however, Psychagogue also feels like a natural (and, ultimately, superior) extension of January’s Crystalline Exhaustion – especially the title track to that album, which, in hindsight, now looks like a purposeful sign of things to come.

As while songs like the twisted, tumultuous title-track and the titanic “Arrokoth Trireme” find the band at their most “purely” (though still prodigiously proggy) Black Metal – all wild, scrabbling guitars, furious, dervish-like drums, and dreamlike, (dis)harmonic melodies – it’s also clear that they haven’t abandoned their more “avant-garde” and experimental ambitions either… they’ve simply folded them into the music better this time around.

Both these tracks, for example, balance their abrasive intensity with more artistic indulgences, making use of both glimmering melodic ambience and eerie negative space to add extra layers of depth and nuance to the overall work, with the latter in particular making a late-stage transition into something altogether stranger and more atmospheric, that at times reminds me of the most sombre and subdued work of artists like Mono or Nordic Giants.

Don’t worry though, it’s not as if the band have completely abandoned who they are (whoever that is these days), as even the most overtly “atmospheric” track on the album, the shimmering, synth-laced “Deliberate Fog”, still possesses more than enough propulsive power and driving distortion to reassure even the most jaded and suspicious of listeners that Krallice are still a Black Metal band at their core, while contorted closer “Reprisals of Destiny” is a seven-and-a-half minute squall of rattling drums, writhing riffs, and ringing keys that should firmly put to rest any lingering doubts about the band’s blackened bona fides.

Ultimately, what sets this album apart – to my ears, at least – is the sense that Psychagogue is the product of a band with a clear and fully-realised vision for their music.

That’s not to say that it doesn’t have its more improvisational and spontaneous-sounding moments – especially during the group’s more ambient and atmospheric indulgences – but whereas some Krallice albums have, in the past, felt like an ongoing and unfinished experiment, an “exquisite corpse” of ideas and impulses thrown together almost on-the-fly, here it feels like the full quartet are all singing from the same hymn sheet, enacting a horrible harmony that has resulted in their most complete, coherent, and captivating work in years.