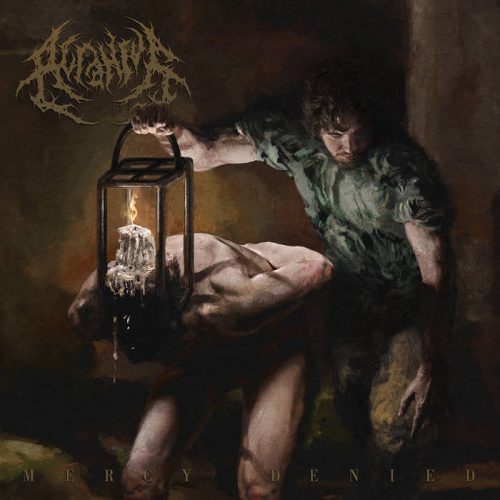 Sometimes, to really understand how a band got to where they are, you have to take a close look back at where they came from.

In the case of Germanic brutes Acranius this is particularly revealing, as in hindsight it’s clear that 2017’s Reign of Terror marked a major turning point away from their more Slam-influenced early work towards what’s best described as more of a “Brutal Deathcore” sound.

Sure, there were still several recognisable elements still hanging over from their first two albums – especially the slamtastic snare and the largely unintelligible gurgling monotone of the vocals – but it was clear even then that the band were in the process of becoming something else… something which has finally achieved its final, fearsome form on Mercy Denied.