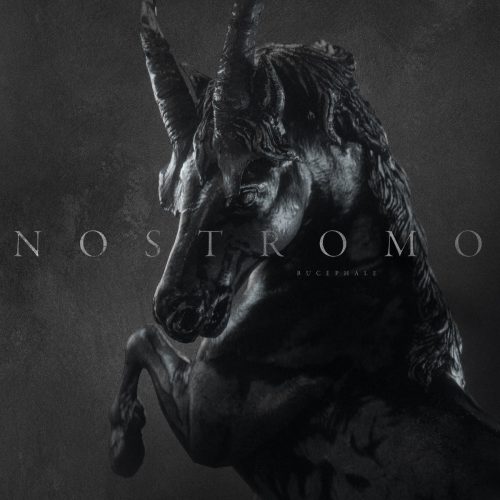 (Andy Synn saddles up with Bucephale, the first full-length album in 20 years from Nostromo)

Better late than never, that’s what they say, right? Although, come to think of it, it’s mostly people who are chronically late who say that, so maybe they’re just trying to cover for themselves…

Still, in this case it rings true, as while I’m ashamed to admit I totally missed the boat on the first phase of Nostromo‘s career (during which time they produced three impressively intense albums), I’ve been hooked on them ever since I stumbled across their 2019 EP, Narrenschiff, and so felt that the impending release of their new record was the perfect time to make amends for overlooking them for so long.

If, like I used to be, you’re not familiar with the group, then l what you should expect from this album is a truly vicious, visceral assault on your senses (and your sensibilities) that sits somewhere between the more extreme proponents of “Metallic Hardcore” (aka the original “Metalcore”) like Integrity and Vision of Disorder, and the most furiously focussed form(s) of Grind a la Nasum, Napalm Death, etc.

But that’s not all, as – ever since their rebirth a few years back – the group have been exploring ever darker and more “blackened” sounds, with Bucephale being their darkest, harshest, and heaviest album yet.