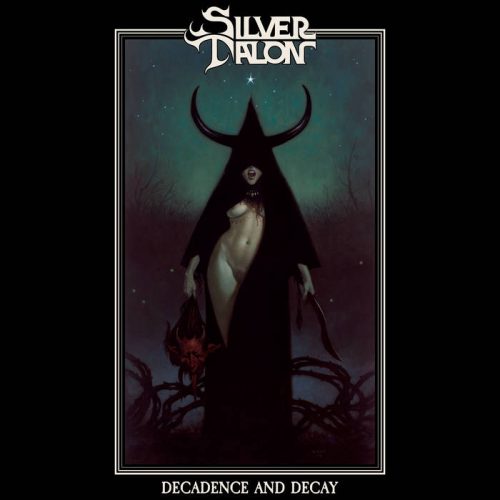 (Andy Synn has decided to break the cardinal rule of our site – again – by throwing his weight, and his words, behind the new album from Portland Progressive Power Metal paladins Silver Talon)

The ability to compare one band with another – or with many others – is, in my opinion, one of the most valuable tools in a writer’s arsenal.

Oh, sure, it can be abused and misused – so can any tool – but being able to say that “band [a] sound a bit like band [b]”, or “like the bastard child of [x] and [y]” or “a more modern version of [z]” is a great way to put your reader in the right sort of mindset, and give them some useful context and perspective, to help them appreciate the music they’re about to hear and/or read about.

Still, even I’m willing to admit that it can sometimes be used as a crutch, especially in cases – such as this one – where there’s one particularly obvious comparison that would be far, far, too easy to make.

So, to challenge myself, I’ve decided to review the new album from Progressive/Heavy/Power Metal posse Silver Talon without explicitly mentioning that band at all.

Will I be able to do it? Quoth the raven…