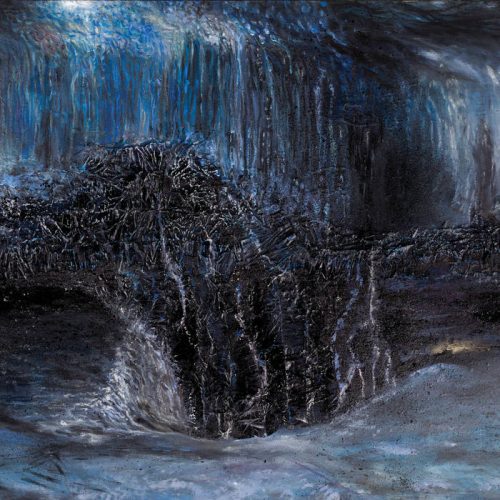 (The year may be winding down, but it’s not over yet, and there are many more gems for Andy Synn still to uncover, including this one by Vertebra Atlantis, which was recently released by I, Voidhanger Records)

There are, let’s be honest, quite a few ridiculously talented individuals in the Metal scene, a revelation which I’m sure comes as a surprise to exactly none of you.

Take Gabriele Gramaglia (aka G.G.), the mastermind behind The Clearing Path, Cosmic Putrefaction, and many other projects (several of which we’ve also covered here at NCS in the past), whose songwriting skills and instrumental abilities are, by this point at least, pretty much beyond question.

The thing is, however, that while I absolutely loved Watershed Between Earth and Firmament (and still do) nothing else that he’s done has quite affected me in the same way, even though I’ve still been able to appreciate both the sheer amount of talent and the obvious dedication to his craft he’s shown with each and every piece of work since then.

That all changed recently though, with the release of Lustral Purge in Cerulean Bliss, the debut album by Vertebra Atlantis.