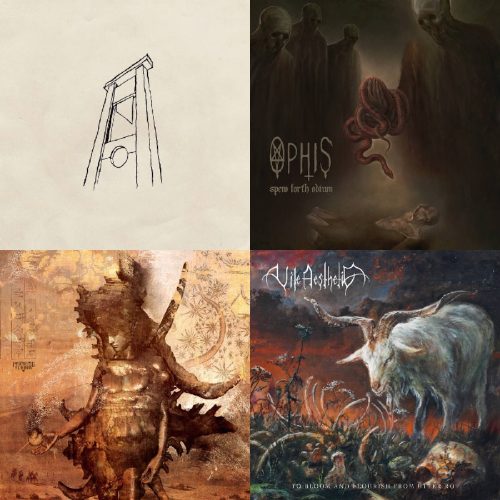 October was so busy that I’m probably going to end up doing a second “Things You May Have Missed” column next week, simply because there’s so many albums I wanted to write about (and hopefully introduce you to) that I didn’t get chance to.

And that’s not even taking into account the fact that in the last week of the month alone saw a bunch of “big name” bands – from Mastodon (bloated but brilliant) and Be’lakor (a gloomy grower) to Ghost Bath (still searching for an identity that hasn’t been done better by other bands) and Whitechapel (continuing their “evolution” into a mid-tier mid-2000s Metalcore act), and more – releasing their eagerly anticipated new albums.

So, with all that in mind, I probably shouldn’t waste any more time with this intro and would be better off just getting stuck right in to the nitty gritty of these four, highly recommend (by me, at least) records.