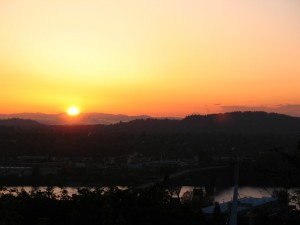 Yesterday we wrote about American Me, the first of two Portland bands that have produced new releases from Rise Records within the last month or two.  Today, we’re talking about the debut album from . . .

Those Who Lie Beneath 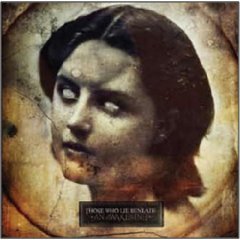 TWLB dropped their first CD, An Awakening, on Oct 13, and it’s one of the best debuts we’ve heard this year. They share this much with their label-mates, American Me: Both bands churn out fast, angry, viscerally affecting sonic assaults — exactly the kind of NCS Metal your Author wants.

But where American Me generates a heavy brand of hardcore, Those Who Lie Beneath have built their sound around a different core: death metal.  But what they’ve produced on An Awakening is a blend of many death-metal influences — old-school death, the crushing breakdowns of deathcore, melodic death metal guitar stylings and solos, and tech-death instrumentation. The music resists simple classification, though it isn’t a forced stitching together of styles for the sake of showing off or trying to be different for the sake of being different.  The music truly hangs together in an integrated, fully realized way.

Craig Ericson, the owner of Rise Records who quickly signed the band after seeing them live, has been quoted as saying, “Those Who Lie Beneath is the heaviest, most brutal and technical band I’ve ever seen in my entire life.”  I haven’t yet seen the band live, and the poor quality of the amateur performance videos available on the netz prevent them from being a reliable indicator of the live experience.  But the recorded music certainly reveals astonishing technical virtuosity for a new, young band.

The production quality is very high and you can distinctly hear the contribution of each instrument and the intricate ways in which they alternately play off of each other and build together into a seamless, pulverizing attack.  And did I mention that Jamie Hanks has got a perfect voice for this genre?  He does. He can carry the gutteral bass vocalizations with the best of them and hit the high shrieking notes with equal aplomb.

The album’s last track, “Still Breathing,” is a long instrumental piece, very different from all the other music — progressive metal that starts slow and dreamy and then builds in intensity, showcasing the guitar work of Taylor Danley and Kyle Rasmussen.  Very impressive.

The band recently gave an interview available on Noisecreep.  Hanks is quoted as saying:

“We don’t just want to do one style or one genre of music. We want to branch out and be the next big thing that’s doing stuff that’s prog-ish, but still remains really brutal. We all love Cannibal Corpse. But they’ve been doing the same s— for years. We want to be Between the Buried and Me and Cannibal Corpse and the Black Dahlia Murder, all in one.”

I can hear the influences of all those bands in An Awakening, and yet the end product is its own sound — one that deserves a broad audience.