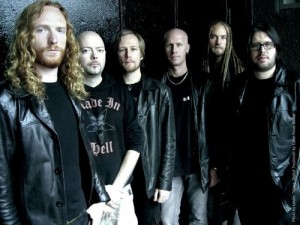 Last week I saw a snippet on Lambgoat reporting that Killswitch Engage had announced national tour dates with support from The Devil Wears Prada.  The tour dates included a March 10 stop here in the Emerald City at Showbox-SoDo.  My reaction?  Meh.  There was a time when the chance to see KsE would have elevated my pulse rate.  Not so much any more.  Not even sure they still qualify as NCS Metal at all.

But KsE has now added a new blog entry on their MySpace page about the same tour, and guess what? That update says Swedish melodic death titans Dark Tranquillity will be opening all shows on the tour. Now that caused my pulse rate to go up! In an ideal world, a legendary, groundbreaking band like Dark Tranquillity wouldn’t be an opening act for the likes of Killswitch Engage and (worse still) The Devil Wears Prada. They’d be headlining.  But beggars like me can’t be choosers. At least DT will get back to the US and the fans will be assured of some decent venues.

Even more exciting is that DT has scheduled the US release of their ninth studio album, We Are the Void, for March 9 — the day before their Showbox performance in Seattle. Full tour dates available after the jump.