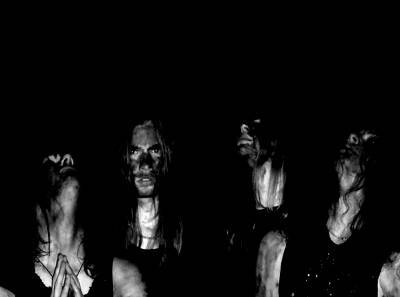 Can you give me 8 minutes of your time? I don’t mean the time it will take you to read this, but 8 minutes I’ll invite you to spend streaming a song afterward.

I don’t ask that lightly. Once upon a time, early in the last century, or even a very few years ago, 8 minutes would have been nothing. But I appreciate that today life moves quickly, our attention spans are limited, and whether we use our time wisely or frivolously, 8 minutes still counts.

But if you’ll consider that request, now imagine this: You are who you are, but you’re not who you are at this moment. Instead, you’re crouching on a sodden plain at the crest of sunrise. You’re wet and cold. Your clothes are thin, and insufficient to repel the chill. The darkness envelopes you, and you are alone.

You’re hungry and shivering, and when the sickly light grows brighter, though not bright enough to fully penetrate the fog and the rain, you will be fighting. Not for yourself alone, but for someone you love – your spouse, your brother or sister, your parents, your soulmate, anyone for whom you imagine you would risk your life – or for something within yourself that’s important.

Those you love are behind you, or what is important to your self is within you, and in front of you is a threat. You may be a man or a woman, but you are alone, and no one else will aid you. Your life may be forfeit, but there is a chance. And if all else fails, you will go down with a scream of defiance on your lips and you will do what damage you can to your foe before the end arrives. (if you’re still indulging this weird post, continue reading after the jump . . .) 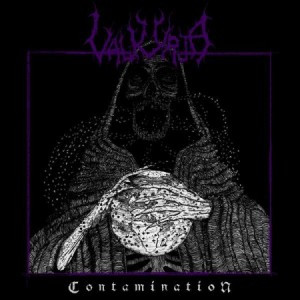 Surely, there is something or someone for which you would risk yourself in sacrifice, if need be. But the end of the story is not written. When the sun rises high enough to pierce the murk, it may be you who is alive and victorious, or this life as you know it will be over.

If you listened to that song and didn’t dig it, then I owe you 8 minutes.  Please put it on my tab.

If you didn’t listen, what you didn’t hear is a track from Contamination, the just-released second album by  Valkyrja, a black metal band from Sweden. And when I listen to Contamination, what I feel is what I asked you to imagine above. I have no idea whether this is what the band intended — I haven’t found lyrics yet. But it’s the image that the music sets spinning in my head.  Too dramatic? Listen and then decide.

Valkyrja plays powerful, melodic, black metal. Contamination is beautifully produced and beautifully executed, a mixture of crushing heaviness and sweeping atmospherics that succeeds in inspiring a strong emotional response. I’ve been a slow convert to black metal, and I don’t know what trve black metal afficionados will think of it, but Contamination just fucking blew me away. 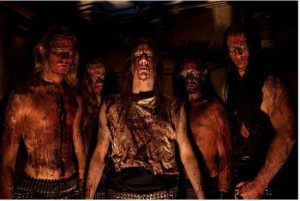 FYI, the band’s name isn’t one of those made-up concoctions we see every now and then. It’s the old Norse word for valkyrie — the mythical spirits who decide who lives and who dies in battle and who bring the souls of fallen heroes to Valhalla. Given the epic nature of this band’s music, it’s a fitting name (even if we don’t know how to pronounce it).

One more piece of info: if you do like this music, Metal Blade has re-released Valkyrja’s first album, Invocation of Demise. I’m definitely tracking it down.

Hey, I think I’ve used up those two extra minutes I asked for.  But, fuck it, if you stayed with me this long, spend 6 more minutes and listen to this:

Valkyrja: Ambience of the Dead