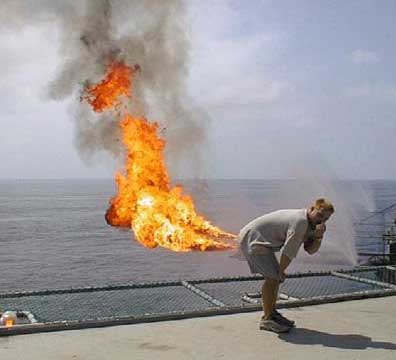 The day before yesterday I flew from Seattle to my hometown of Austin, Texas, to visit family and friends. Yet another reminder that air travel basically sucks ass. One of the few upsides for me when I do it is the opportunity to catch up on new metal releases – and man, they’ve been piling up like snow drifts since the first of the year.

But all good things come at a cost, and the price I paid on this plane trip was being subjected to an almost non-stop attack of farting. Seriously, my section of the plane was Fart Central for more than three hours. I don’t know who the perpetrators were, though I have my guesses. All I know is that I was enveloped in a noxious miasma, one wave after another, for most of the fucking trip.

If you travel by car with friends, or you’re in a metal band touring by van, and a fellow passenger cuts one, you can roll down the windows, or in case of a particularly vicious attack, you can get out of the car — preferably after it’s come to a full stop.

Those options aren’t available at 30,000 feet. You’re trapped like an animal with its leg in a bear trap. You’ve heard how wolves caught in a trap have been known to chew through their own leg to escape? That’s how I felt. Probably not as bad as being water-boarded, but if given the choice, I probably would have swapped tortures.

Anyway, I’m pretty sure that Immolation, Miseration, Meshuggah, and Carnifex didn’t intend their new releases to be heard under these conditions. Let me tell you, it’s a big fucking distraction. You start getting into the music – and that’s some mighty fine music I was cranking out – and then your nose hairs start to burn, and you might as well be listening to Lady Fucking Gaga.

Anyway, forgive me. I had intended to have a review of one of these awesome albums prepped and ready to roll out today, but I really gotta have a do-over on the listening experience. Meanwhile, I’m thinking that whatever they pay flight attendants, it ain’t enough. And I’m thinking of wearing a ski mask for the return flight to Seattle. It might actually be worth the body cavity search I’d get from TSA at the security checkpoint.

Have a very metal day. We’ll get back to music tomorrow.