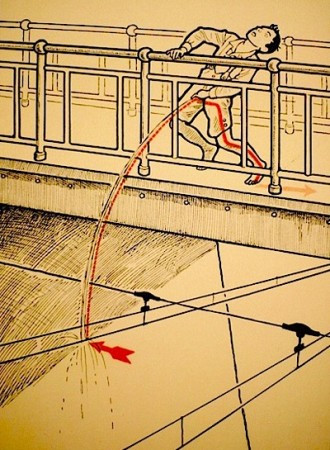 People with manners don’t make fun of tragic deaths. We’re not those kind of people. Here’s how we think about it:

(a)  Dead people are — well, they’re dead. So they sure as hell won’t mind if we have some fun at their expense.
(b) Their relatives and friends might be offended, but they’re never going to see this post. And if they do, well, sorry for your loss, and all that shit.
(c) And as for you readers, if you’re the kind of person who gets all weepy over the tragic death of someone you don’t know, you probably don’t listen to extreme metal and you sure as hell don’t spend your time at this site.

So, with that bullshit out of the way, it’s time for another installment of “That’s Metal” — But It’s Not Music. And today’s topic is people who have recently died in ways that are metal.

Not all manners of death are metal. For example, dying in your sleep, having a fatal heart attack while jogging, choking to death on a chicken bone, or bleeding out your bunghole from rectal cancer — those aren’t metal ways to die. But over the last couple weeks, we’ve come across some news reports of tragic deaths that are definitely metal.  (to see what we mean, read on after the jump . . .)

First up: Being electrocuted while pissing on a power line 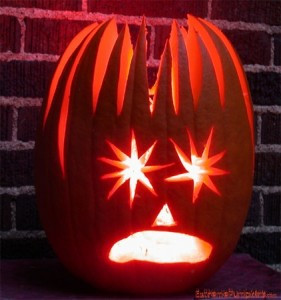 You probably wondered what the hell was up with that graphic at the top of this post. Maybe you thought we just wanted to grab your attention and it had nothing to do with the actual content of this piece. You would be wrong.

One of our buds sent us a link to a news report about a Washington state man who was the recipient of an unusual one-two punch on the night of February 26. First, the dude drove his car into a power pole and then careened into a ditch. The good news is, he wasn’t seriously hurt and he called a relative to come help him extract his car from the roadside.

The bad news is that while waiting for help, he apparently decided to take a whiz in the ditch — but didn’t notice the downed power line he was peeing on. Or maybe he did and thought, in a mindless kind of way, that it would be fun to piss on a live power line.

Anyway, when his family members arrived, they found him electrocuted.

The last line of the news report is the best, and we have to quote it: “[Grays Harbor County sheriff’s Deputy Dave Pimentel] says there will be an autopsy but burn marks indicated the way the electricity traveled through the body.”

Let your imaginations run wild with that. We like to think that in the last, flash-fried moment of his life, the dude had the mother of all Big O’s. As random methods of death go, that’s pretty fucking metal, don’t you think?

Next item: Being drowned by a killer whale 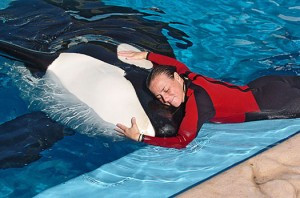 You’d have to be living in a cave to miss the news reports last week about the death of Dawn Brancheau.  She worked as a trainer of killer whales at Orlando’s SeaWorld. Based on the latest reports, she was lying on a concrete walk performing a face-to-face “relationship session” with a killer whale  called Tilikum (often referred to in the past as “Tili” or “Tilly” — but we guess it will be “Tilikum” from now on). Suddenly, the whale chomped down on Dawn’s ponytail and pulled her into and under the water, where it proceeded to drag her around.

By the time Dawn was freed, she had drowned.

There may be some animals who lead a better life in captivity than they would in the wild, and might actually prefer it if they could think, and if they actually had a choice. We’re pretty sure orcas don’t fall in that category. But we’re not here to criticize outfits like SeaWorld who pin them up or people like Dawn who train them to do tricks for the yokels who pay to watch.

On the other hand, our hearts aren’t bleeding for Dawn either. This same orca was involved in the deaths of two other people in previous years, including another trainer, so she knew the risks of working with it.

Our only point is that as animals go, orcas are definitely metal, and being killed by one is a pretty metal way to die, especially if you’re the kind of person (like Dawn) who respected, admired, and even loved them. Of course, she doesn’t have a choice now either, but we’re guessing that as ways of dying go, she’d prefer this one to, say, being electrocuted while pissing on a power line.

Last item: Tackling a luge course without the sled 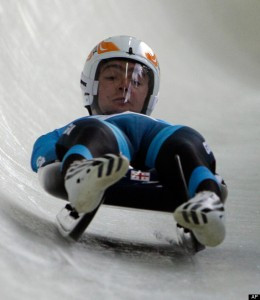 This is another story that you’ve probably heard about unless you’ve been in a coma for the last two weeks. On the first day of the Winter Olympics, one Nodar Kumaritashvili (age 21) lost his life in a practice run on the luge course. Luge is a sport that involves lying on your back atop a tiny sled and blasting down a tunnel-like track at speeds faster than most of us have gone in a car.

Nodar was a member of the tiny delegation from Georgia and was shooting down the Olympic track at nearly 90 mph — faster than he had ever raced in his life. He tilted his head slightly forward as his sled climbed a high-banked wall — and that was all she wrote.

As one news report described it: “Kumaritashvili lost control, crashing into the wall entering the final straightaway. His body went airborne, arms and legs flailing over the opposite side of the track, his upper body smashing into an unpadded steel pole as his sled continued skidding down the track. It all took just 48.9 seconds, start to crash.”

According to news reports, athletes had previously suggested the course at Whistler was so fast it tempted fate, and Kumaritashvili himself was apparently terrified of it. He raced anyway. “I will either win or die,” he told his father. Kudos to the dude for calling his shot so accurately.

From one perspective, you might think, “what a pointless way to die.” But that’s not our perspective. The dude was performing in his chosen sport, doing something few sane people would attempt, and going faster than he had ever gone before. Luge is one of the few Winter Olympic sports that can claim to be metal, and Nodar went out of this world as a human luge sled at 90 mph. If that’s not a metal way to die, then what is?

And hey, even though Nodar had no choice in the matter, he also probably would have preferred this kind of exit to — you guessed it — pissing on a live power line (except for the Big O thing).

Enjoy the rest of your day.