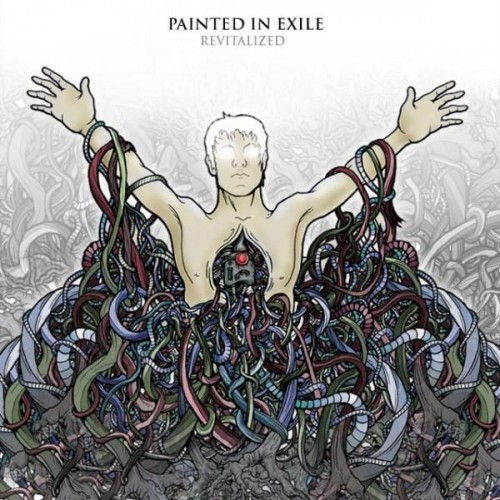 Let’s conduct a little survey. Which of the following styles of music do you like?

If you picked (g), then have we got a band for you! Long Island’s Painted in Exile self-released a three-song EP last year called Revitalized that includes all those genres — not from song to song, but within each song. Okay, we’re exaggerating a little. Only one of the EP’s songs includes rap, and it’s a brief bit at the start.

We can guess what you’re thinking — that if these dudes are any good, they must be showing off; that this high degree of schizophrenia can’t possibly maintain coherence; that you’d like to see world peace in your lifetime but aren’t hopeful about it.

To which we say: These dudes really are good; they may be showing off a little, but if you got it, flaunt it; the songs do hang together amazingly well; and we’re not putting any money on world peace either (those have got to be the longest odds in Vegas, hands down).

We’d like to have been flies on the wall while Painted in Exile were writing the three songs on this EP. But however they worked out when and how to shift from one style of playing (and singing) to another, Revitalized is a creative fireball of attention-grabbing music.   (more after the jump . . .) 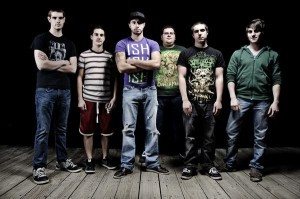 The three songs on the EP are long ones — between 8 and 10 minutes each. Within each song are unifying melodic themes around which the band constructs those wildly divergent stylistic variations.

Take the song “Skylines” as an example. Within that song, the band moves from Meshuggah-esque staccato pounding to technical death metal accompanied by guttural growling and high-pitched shrieking, but then segues into an indie-pop melody with clean singing accompanied by proggy instrumentation. From there, the music drops into a soft, lounge-jazz instrumental interlude, only to scream into high gear momentarily before plummeting into a crushing breakdown with rapid-fire death-metal vocals.

But that’s still not all. After that breakdown, the music shifts again into an extended prog-metal finish, led by dual guitars soloing on reverb while the drums pound out a frenetic rhythm, and that cleanly sung melody returns.

“Skylines” is also that song that begins with a burst of rap metal. We probably could have done without that intro, but thankfully it’s the only injection of rap on the EP.

The other two songs on Revitalized are similarly eclectic, and include things like piano instrumentals and a classical acoustic guitar outro along with some pummeling technical riffage. 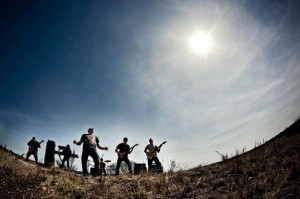 All of the musicians in Painted in Exile are technically excellent and show off their skills in frequent polyrhythmic bursts of extravagance that are a blast to hear. But they’re equally adept at cool-jazz interludes and soaring progressive metal improvisation. What’s really scary is that they’re so young, ranging in ages from only 17 to 22.

We’ve also got to give special recognition to the range of Rob Richards’ vocal skills. He can hit those guttural death-metal lows and hair-raising shrieks we love to hear, but he’s just as capable with hardcore-style howling and passionate clean singing (though a few of those clean passages get perilously close to emo).

Other bands have found success blending together a mix of divergent sounds, from a hard-edged style of technical metal to softer, more progressive interludes. But it’s a short list, with Between the Buried and Me and The Dillinger Escape Plan among those at the top of it. Some day soon, we think people are going to be talking about Painted in Exile in the same breath.

Here’s that track “Skylines” for you to stream:

P.S. Our thanks to guitarist Billy Anderson from Ever Forthright for bringing Painted in Exile to our attention. Ever Forthright is another kick-ass band that you need to check out. We wrote about them here.

P.P.S. You can buy both of Painted in Exile’s EPs on iTunes for a pittance.  Now, remember, this is an unsigned band. And they figured out how to distribute their music through iTunes. We’re pretty sure that iTunes keeps most of the money, and no one’s going to pay much rent selling EPs at less than $4.00 a copy.

But on the other hand, as a popular platform for mass distribution of music, there’s nothing close to iTunes. Which raises this question: Why aren’t more un-signed bands doing this? What hurdle is stopping them that Painted in Exile overcame?

One Response to “PAINTED IN EXILE”