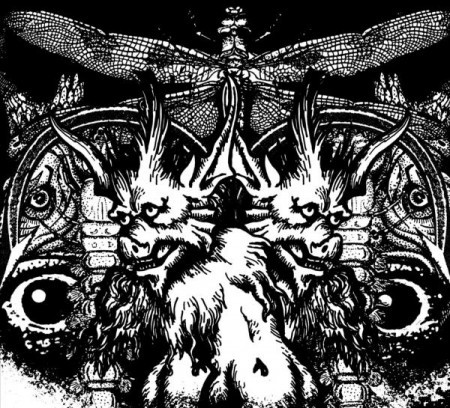 Early Graves is a Bay-area band we hadn’t heard of until yesterday. But a combination of cool cover art for their forthcoming second album (above) plus the following verbiage from their press release grabbed our attention:

San Francisco’s Early Graves have completed the follow up to their 2008 debut We: The Guillotine. Their new record, simply entitled Goner, is a ragged, pissed off amalgamation of heavy self-medication, year long blackouts and all the depression of a thousand yard stare.

Combining the best elements of Hellacopters/Turbonegro rock n’ roll with Black Flag’s and Bad Brains’ inspired hardcore with a crushing balance of both Morbid Angel’s heaviness and the raw intensity of power violence pioneers Dropdead and Masskontroll, Early Graves have set the bar for complete, unhinged self destruction.

“I don’t know…” states vocalist Makh Daniels, “…I guess the record is about alcoholism… and all the bullshit that comes with it. All the ‘why’s?’ and ‘How come’s?’ and our stupid fucking excuses for it. I can’t say that this will be the heaviest record you’ve ever heard or the best recording or the most musically precise but I can say that at least, it’s fucking honest.”

Yeah, so all that plus the cover art got our attention — certainly enough to lead us over to Early Graves’ MySpace page for a listen. (more after the jump . . .) 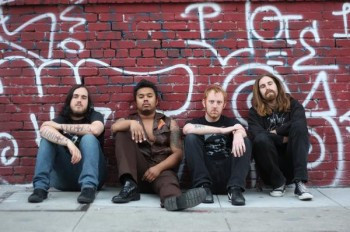 The title track to Goner is streaming on the band’s MySpace page, so we listened. And holy fuck, that really got our attention. Just as advertised, it’s ragged, raw, pissed off, unhinged, and crushing.

The sound is an amalgam of crust punk, grind, hardcore, and metal with shrieking vocals giving voice to suicidal tendencies. Thick, fuzzed-out riffs hammer with knee-buckling power over a chaotic drumbeat, livened up by a little blowtorch guitar shred near the end.

To enhance the raw, organic sound of the music, it appears the band recorded the music to tape, without any digital enhancements. The result is more muddy than we’re used to hearing these days — but it’s a satisfyingly brain-scrambling kind of muddiness, and like Makh Daniels said, it’s definitely fucking honest.

Go check this shit out. Do it now. Use this link.

Goner will be released worldwide June 22nd, 2010 via Ironclad, the label founded and run by Trevor Phipps, the vocalist for Unearth, with distribution through Metal Blade Records. We’ll be waiting for it . . .