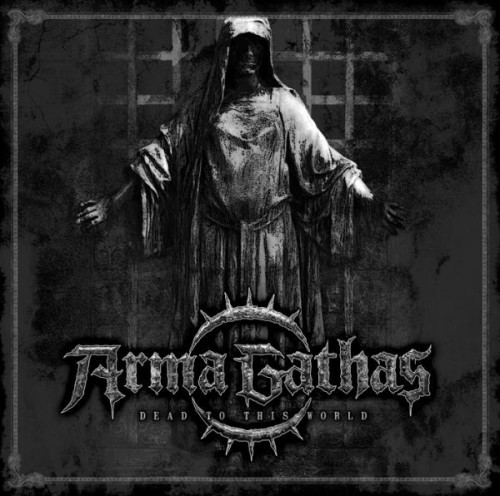 You could draw a few correct inferences about the sound of Arma Gathas from the lineage of its members, but that wouldn’t give you the whole picture. To fill out those images of metal-infused hardcore, you’d need to sketch in some jolting guitar solos, some splashes of thrash and punk, a hailstorm of power grooves, some moody instrumentals, and even passages of melodic death metal.  (more after the jump . . .) 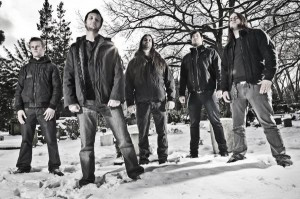 The production on Dead To This World is clean and sharp, which well-serves the hammering compulsiveness of what Arma Gathas serves up. The staccato, clanking beat of the bass-line (provided by Fuellemann and Niedersberg on the recording) and van Winkelhof’s shuddering drums penetrate without distortion right down into your brain stem

The rhythms often rush ahead at full-speed, as on “The Rise and Fall”, but the tempo grinds to a slow halt on “The Damage Done”, stays at a slow pace on the dark melody of the instrumental interludes “Liberate Me” and “Protagonist”, shifts back and forth in the synthesizer-aided neck-snapper “New Saviour”, and thuds along at a trudging pace through the grim, bludgeoning closer “Our Final Breath – Our Last Goodbye”, which ends with a mournful piano outro. 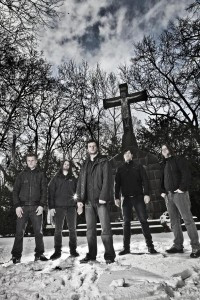 Dead To This World is a concept album, and the concept (as expressed in Snelting’s lyrics and brutal howling) is almost unrelentingly bleak. The songs explore the destruction of hope and the victimization of the poor and powerless by people whose moral compasses point in the wrong direction to ever-greater profits and dominance, with an apocalyptic reckoning to come.

But the music itself isn’t bleak. It’s passionate, angry, and powerful, and although the themes may be dark, those compulsive riffs make Dead To This World a shitload of headbanging fun to hear.

Here’s a taste of Arma Gathas. Resist it if you can:

Arma Gathas: The Rise and Fall