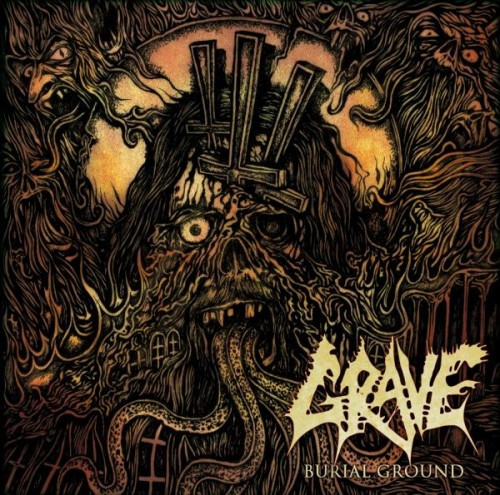 Swedish death-metal legends Grave made an indelible mark on the development of the genre with the 1991 release of their now-classic debut, Into the Grave. After a hiatus in the late 90s, Grave regrouped and starting releasing new albums beginning in 2002 — one about every two years. The last release was 2008’s Dominion VIII.

So, let’s see, that was two years ago.  That must mean it’s time for a new Grave album! And sho nuff, it’s coming out on June 14 via Regain Records. It will be called Burial Ground. It will undoubtedly be awesome.

And today, Grave have posted a track from that album called “Liberation” on their MySpace music player. It whines and grinds and howls and pounds. It’s the classic Grave sound, on speed. Limber up your neck muscles and check out that song at this location.