I know, I know, I have been absent from No Clean Singing for quite a while now but what do you want from me? I am in college after all. I have many important things that occupy my time like girls, sleep, cookies, movies, shooting the shit with friends, cookies, (mmmm cooooookies) and did I mention girls? Oh and there is that foreign entity called homework…wait; fuck homework. Anyway, all that being said, I have been brought out of hibernation by the multitude of new releases today and I am here to tell you about two of them that will fuck your ears repeatedly until you beg for mercy. (more after the jump, including songs…)

The first new album I’m going to tell you about is one that I’ve had on my radar for a long time. Whitechapel has long been one of my favorite bands. I know there’s many a metal fan out there who despise all that is deathcore, but I think Whitechapel at least deserves some respect for their dominance in the genre and the precision with which they execute breakdowns amidst pure death metal. 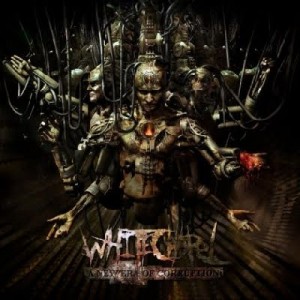 A New Era of Corruption ushers in a new breed of Whitechapel’s sound. The first half of the CD is actually largely devoid of breakdowns, instead filling that space with some sick technical guitar riffs, like in the song Devolver. Songs like Breeding Violence and The Darkest Day of Man have a catchiness to them that is absent in previous Whitechapel albums.

On the other hand, starting seven songs into the album with the song Unerving, Whitechapel returns to their old sound, filled with devastatingly heavy breakdowns and crushing bass riffs. The breakdown at the end of Prayer of Mockery is the most obvious example of this and also happens to be my favorite song on the album simply because it mixes the technicality of the first half of the album with the breakdowns of the second half.

Whitechapel has clearly shown that they want to evolve their sound, but they don’t seem to know exactly what they want to be. They haven’t developed a clear identity — they are somewhere between deathcore and technical death metal. Like Job For A Cowboy before them, it seems as if they want to transition into straight, pounding death metal, and maybe we will see that with their next installment. Either way, the brutal Whitechapel still remains, and there is definitely plenty of headbanging to be done while listening to A New Era of Corruption.  Here’s an example:

I Declare War has evolved. They have no problems with identity; they are perfectly content with being brutal, brain-fucking deathcore. The difference between their new album Malevolence and their previous album Amidst the Bloodshed is simply that they sound way better in every way possible.

Long gone are the guttural gargles of vocalist Jon Huber. 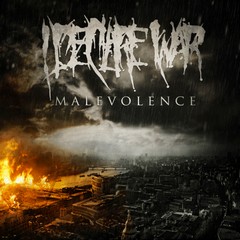 He has evolved into a master of the low deathcore growls and he executes them with a precision that goes almost unmatched in the genre. IDW’s previous album seemed like noise with a breakdown here and there, but Malevolence brings it all together. Guitarists Chris Fugate and Evan Hughes show the technical skill that they lacked in the previous album, and drummer Ryan Cox has tightened things up nicely.

Songs like Predetermined Path and A New Age Holocaust are catchy yet heavy as fuck, and Infinite Corruption’s breakdown will implode your skull into bits and pieces — and I know you all enjoy that. Fractions shows that IDW can keep a rhythm for more then two or three minutes and its breakdowns are some of the heaviest on the album.

Above all else, I Declare War seems to know what the fuck they are doing. They have brought it all together with Malevolence, and in my opinion, these local deathcore beasts have boosted themselves to the upper echelon of the deathcore scene. Do yourselves a favor and give these guys a listen. I think you all may be pleasantly surprised.  Here’s a track you can check out:

There you have it folks. If you’re bored, stop jacking off and give these two albums a listen. I know there’s a ton of deathcore haters out there, but these two bands have secured themselves as two of the best the genre has to offer. They each have distinct sounds, which is almost impossible to achieve in a genre filled with so many bands that sound exactly the same — and they will do what good, brutal metal is supposed to do: pulverize the ear drums and melt the mind.