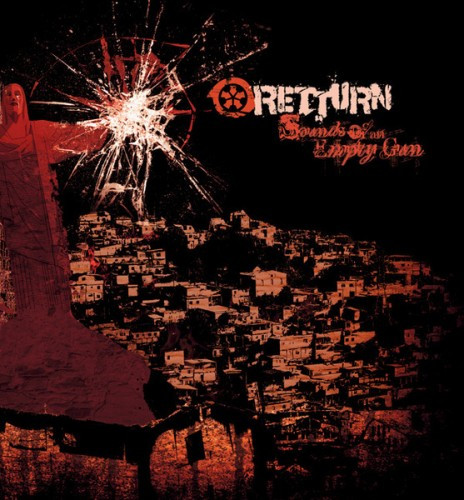 Brazil is a country of over 190,000,000 people. By population, it’s the fifth largest country in the world, and the largest in South America. But how many Brazilian metal bands can you name? At the risk of showing my ignorance (again), I’ll confess that until a few days ago I could only name four: Sepultura, Soulfly, The Cavalera Conspiracy, and Musica Diablo.

And really, that’s a pretty pathetic list — not because the bands aren’t good, but because three out of the four are all associated in one way or another with Max and Igor Cavalera (and Max hasn’t even lived in Brazil for more than a decade).

A country of over 190,000,000 people and I could only name four metal bands, three of which are basically in the same family? That’s pretty fucking weak, but I bet I’m pretty fucking representative of American metal fans.

So now, I’m proud to say I can name five Brazilian metal bands, because I’ve discovered one more (and it doesn’t include a Cavalera brother in the line-up). Give me a big pat on the back. Or if you live in Brazil, you can give me the finger.

So, as I was saying, I’m slightly better educated this week than I was the week before — because now I know about Retturn. I feel somewhat more worldly, and in a few more minutes, you will too. (yep, you have to stay with us after the jump to get the juice, but there’s a whole album download in it for you . . .) 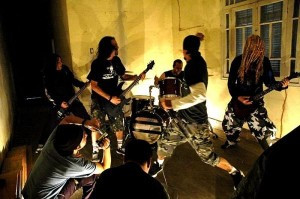 We found out about this band because they sent us an “add” request via MySpace. We listen to the music of every band that does that. We like a lot of what we hear, but sometimes we just don’t have room in the cramped amount of time we can devote to NCS to write what we think.

But we’ve had so much fun listening to this music that we really felt compelled to say something about it.

The band was formed in the late 90s, released a couple of albums, and then got sidelined by an accident that befell the band’s vocalist, Michel Gambini. But after a long hiatus, they’re back on track with a new album, Sounds of An Empty Gun.

Certain cadres of metal purists won’t like this music. There’s a nü-metal vibe to some of the songs, including Portuguese, rap-style vocals. Some of the music sounds like the Second Coming of Rage Against the Machine — though what the fuck is wrong with that? 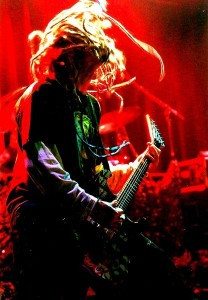 But here’s the thing: These dudes can string together some viscerally moving, rapidly chugging riffs, cavernous grooves, and non-standard drumwork (i.e., not a lot of double-bass or blasts), and the result is some convulsively headbanging fun.

You won’t find much of the deep-throated gutturals or broken-glass shrieking that usually stokes the fires here at NCS.  Instead, the aforesaid Michael Gambini is a practitioner of raspy howls and quasi-rapper barking. But the dude has got some soul.

Basically, you put this shit on at high volume, and (at least for us) it charges up the batteries quite nicely. This might be another band that we’re diggin’ in part because they remind us of all sorts of bands we used to like about 5 or 10 years ago, but look — we’re not gonna analyze it too hard. It’s metal, the musicianship is quite good, it’s fun — and the music is free.

It’s free because the band has put all the songs up on ReverbNation in a way that you can both stream them and download them for nada.

Down below is the Reverb widget.  And just in case the widget decides to stop working, we’ll first give you our own direct links to our two favorite songs on Sounds of An Empty Gun, for you to stream or keep.

(P.S. — if you happen to know of more Brazilian metal that we ought to be checking out, leave a comment. Or leave a comment if you have a reaction, good or bad, to this music.)