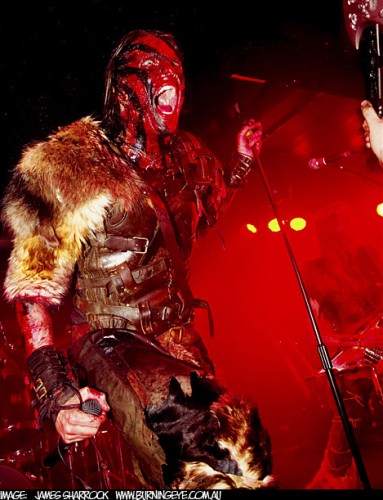 I found something that’s just so interesting I’ve got to share it, even though I’m adding almost nothing of my own. I’m even ripping off the title to this post.

The source material (as well as the title I stole) come entirely from the inquisitive mind of Eric at Baroque, Bleak, Brutal, a most excellent metal blog. He’d been playing around with Encyclopedia Metallicum’s The Discordance, which he accurately describes as “pretty much a metal geek’s wet dream: the site’s database of information – genres, locations, release dates, etc. – presented in forms like grids, lists, maps…”

The main grid at The Discordance includes a count, by country, of the number of metal bands, segmented into different musical styles, from the Encyclopedia Metallicum’s database.  For example, it lists a total of 3,065 metal bands from Sweden and 14,772 from the United States.

So, Eric decided to match up The Discordance numbers with the population counts for each of the listed countries, as identified in The Font of All Human Knowledge (a/k/a Wikipedia). For each country, he divided the number of metal bands by the total population and came up with a metric that represents the number of metal bands per person. And then he put all those metrics on a spreadsheet, ranked from high to low, i.e., the country with the most metal bands per capita down to the country with the fewest.

Now, stop for a few seconds and make your own guess about which country is at the top of the list, with the most metal bands per unit of population.

Have you made your guess?  Okie dokie. Now continue on past the jump to see how you did . . . 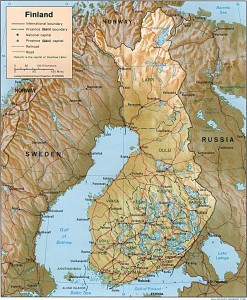 And the winner is . . .FINLAND! Did you guess correctly? If so, give yourself a cookie. (You didn’t think we would give you a cookie, did you?)

(We gave a little hint with that photo of the frontman for Turisas, but we felt we really need something eye-catching, given that we’re probably putting all the non-stat-heads out there fast asleep.)

I’ve always been stunned at how many awesome metal bands have been produced by a country with such a relatively small population, but it’s nice to have quantitative confirmation of my hunch that Finland sits at the summit of metaldom.

Even with more than 14,000 listed metal bands, the U.S. is down the list at No. 33. As Eric notes in his post, that’s a function of the country’s large population. The math works in the opposite direction for countries with really tiny populations. For example, Liechtenstein is No. 4 on Eric’s list. There are only 7 bands from Liechtenstein in Encyclopedia Metallicum, but on the other hand, the total population is only about 36,000.  (For the same reason, Monaco is No. 6).

If you want to see the complete spreadsheet of Eric’s calculations, with all the countries listed from top to bottom, visit his post at this location and you’ll find a link to it.

Someone could quibble with this method of determining the most metal countries on Earth, because there are limitations on the data — most significantly, (a) the number of bands in each country is solely a function of whether the bands are listed in Encyclopedia Metallicum, and (b) Encyclopedia Metallicum includes bands that are no longer active, as long as they’ve got a page in the database. 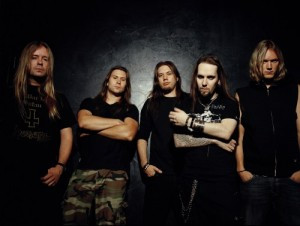 The first list, which includes both active and inactive bands, is a bit different from Eric’s — probably because The Discordance grid is using a different source for population data — but Finland, Sweden, and Norway are still 1, 2, and 3.  Here’s a link to that page.

And on that page, there also appears to be a way to eliminate the effect of counting bands that no longer exist, by sorting the countries according to “Active Bands per Million.”  Guess what happens when you do that?

If you’re a stat geek, there’s a lot more stuff you can do with The Discordance, in addition to getting lists of bands in all sorts of categories. And if you’re not a stat geek, well, we apologize for boring the shit out of you.

Allow us to make amends by offering you some Finnish metal goodness, in lieu of a cookie.

12 Responses to ““GEEKERY IN THE DISCORDANCE””