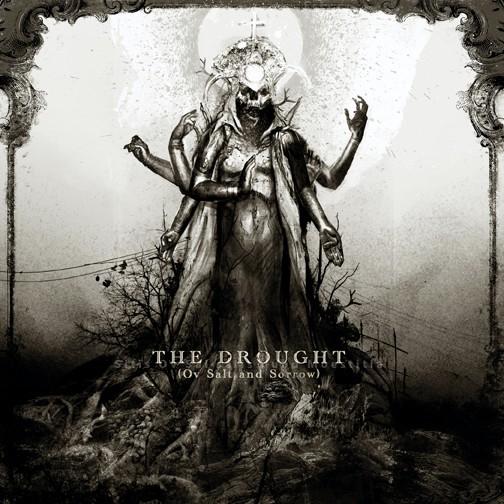 That opening track sets the stage for what follows. It’s drenched in fuzzed out distortion, anchored by a dominant rhythm section, and propelled by remarkably inventive, expertly executed drumming.  (more after the jump . . .) 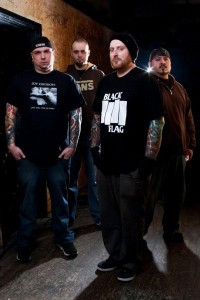 The first full minute of “Because I Can Kill You v.2” consists of a harrowing vocal sample from the movie Jarhead (an increasingly demented version of the Marine Corps Rifleman’s Creed), and just as that sample reaches a crescendo of violence, the band explodes with crashing drums, and an equally harrowing wall of fused chords and caustic vocals — eventually giving way to jolting rhythms that trigger the headbang reflex.

“Salt Water Cthulhu” is another brutally crushing piece of nastiness, but one that includes a melodic guitar lead, and more of that stuttering riffage that lights up the synapses.

The fourth song on the album is a cover of Today Is The Day‘s 1997 classic, “Temple of the Morning Star”. It’s a fitting tribute, not only because Pristina claims that band as a significant influence, but also because Today Is The Day’s Steve Austin mixed Pristina’s album at his Nashville studio, did additional recording on the album, and provided guest vocals on that leviathan closing track.

I’m older than dirt, and still, it wasn’t until preparing for this review that I first listened to the original version of “Temple of the Morning Star”. And man, was that an experience — clattering drums, smashing cymbals, crushing bass, Steve Austin’s searing vocals, magnetic riffs, bleeding guitar solos, and prolonged feedback, plus a catchy-as-hell melody.

Pristina’s cover is faithful to the original without being a complete clone. The band substitutes an acoustic guitar for Austin’s electric one in the intro and uses almost spoken-word vocals at the outset, repeatedly intoning, “I can’t be what you want me to be.  I am . . . dead.” But just as on the original, the Pristina cover fucking erupts following that intro, and the vocals become, if anything, even more searing than Austin’s. In a nutshell, the song is as heavy as the original, but even more vicious and abrading. 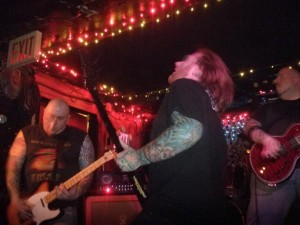 And then there’s that mammoth title track, which includes guest vocal appearances by Steve Austin, Rennie Resmini (Starkweather), and Scott Angelacos (Hope and Suicide, ex-Bloodlet). It begins with a lengthy, bleak introductory section that features a sludgy guitar lead, pulverizing bass rhythms, and drumwork that’s as pyrotechnical as the other instruments are brutally stomping. Evil Brendan bathes the music in an acid bath of intense shrieking, and a wash of electronic noise comes and goes.

About 9 1/2 minutes into the song, an extended drum solo begins — lasting more than 3 1/2 minutes. Not typical fare for either hardcore or metal, but like so much else in this album, it’s a riveting experience. Throughout the album, Mike Banfield is a star behind the kit, but he burns with special brilliance in this solo.

Following the drum solo is another distinct section — a vocal sample, more than two minutes in length, from John Moran’s The Manson Family opera. The words are powerful and intense — and the band drenches them in background feedback and electronic noise that amplifies the righteous condemnation of the vocals.

And then, the chugging riffs and rhythms and howled vocals reappear, though the tempo drops down as the brutality of the pounding increases, charged with a shrieking guitar lead. The solitary strumming of an acoustic guitar replaces the pulverization briefly, and the song closes with a mid-paced, cleanly sung melodic refrain. 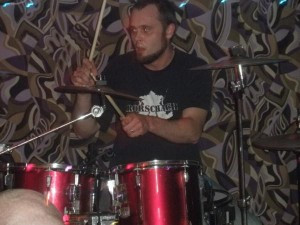 Writing about these varied sections runs the risk of unduly segmenting the song. When you hear it, all these pieces fit together, both conceptually and musically, and the hearing of it is a powerful experience.

Which is true of the album as a whole — it’s a fucking powerhouse: Galvanized by hardcore fury, weighted with the heavy matter of metal, and both relentless and relentlessly interesting from beginning to end.

The Drought (Ov Salt and Sorrow) will be released on September 28 by a European label called Trendkill Recordings and will be distributed in the U.S. by Relapse Records. The album can be pre-ordered now, on both CD and vinyl, via Trendkill at this location. One track from the album, “Salt Water Cthulhu”, can be streamed at Pristina’s MySpace page.

Tomorrow, we’ll run a sequel to this post that will include a brief interview with “Evil” Brendan Duff, Pristina’s vocalist and bassist, plus a few more tidbits of trivia about this remarkable album.