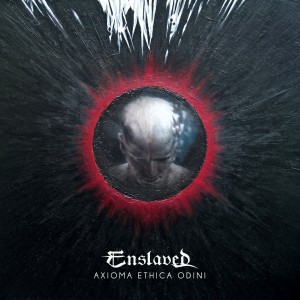 We may have started the day with Linkin Park, but we’re trying to make up for that.

You may have seen elsewhere that Enslaved has just put up a new song for streaming on their MySpace page. Called “Ethica Odini”, it’s the opening track on the band’s next album, Axiom Ethica Odini, which will be released in North America on September 28.

What you may not know is that the song is also legitimately available for free download. The band has announced a contest, inviting fans to make videos for the song. They’ll pick the best one as the track’s “official video”, with some pretty good consolation prizes for second and third place. To facilitate the contest, Enslaved has made the song available for download at this location. You’ll need to give an e-mail address, and then go to your inbox for that address to get the download link.

The song is 8 minutes of tremolo-picked awesomeness. I didn’t even mind the clean singing in the choruses or in the beautiful two-minute finish, which includes a soaring, pure guitar lead. It inserted itself under my skin like . . . like . . .like . . . uh . . .

What inserts itself under your skin?  Got it!  A splinter!  The song inserted itself under my skin like a splinter!  Fuck, that’s not right.  You want to get splinters out, but I don’t feel that way about this song. Well, something will come to me. In the meantime, you should go trade an e-mail address for that song.