I’m about to ruin groverXIII‘s reputation as a hard-nosed metal blogger.

Before I do that, get out your calendar and draw a big red circle around December 21. On that day, The Number of the Blog will celebrate its one-year anniversary. On that day in 2009, groverXIII published the first post on his brainchild. It happened to be exactly one month after the day when we started NCS.

In the almost 12 months that have followed, groverXIII and his talented colleagues have turned TNOTB into an extremely entertaining, extremely informative, content-rich, heavily trafficked home for metalheads. I can’t imagine that anyone who visits NCS hasn’t discovered TNOTB, but if you haven’t, you ought to.

Now, on with the ruining of groverXIII’s reputation. Less than a week after we observed our own Year One birthday at this site, he e-mailed me with an offer to produce for us “a shiny new header for the site’s second year.”

Now, bear in mind that this dude is raising a family, holding down a job, writing prolifically for his own site, and undoubtedly doing all sorts of other things in the operation of TNOTB — and he offers to spend time he probably should have used sleeping to help give us a new look. In other words, groverXIII is one good dude.  (more after the jump . . .) 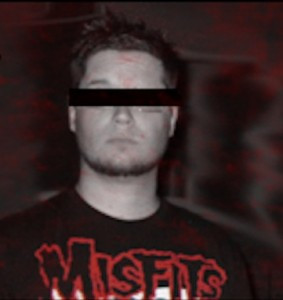 He did make clear that he didn’t consider himself a graphic artist, but hey, I wasn’t going to turn down such a generous offer. I figured if whatever he created turned out not to be an improvement over my own half-assed header design, I could always think of some polite way to take a pass.

GroverXIII sent me to some web sites to browse through font designs.  I picked some font styles I liked and also told him that we wanted to stay close to the same color scheme we’ve been using since day one in the old header. Wisely, groverXIII proceeded to use his own ideas for the font design, picked a background scheme, and did other creative things of his own conception that led to the very cool new NCS header you’ll now be seeing every time you visit our site.

We think the new look is seriously cool. We also think that beneath his sometimes gruff exterior, groverXIII is a big teddy bear — and we are very grateful for both his generosity and his creativity. Thanks dude!

Now, what do you think of the new look? We hope you dig it as much as we do, but fuck — this is a metal blog, which means if you think it sucks ass, we expect you to say that, too. Either way, we’re interested in your comments, so please have at it.

Following up on a comment below, we asked groverXIII if he could make an alternate version of the logo with the “unclean” font in front of the “clean” font. And he did it. It will give us the option of alternating the header, like on those days when we’re writing about particularly nasty music. Check it out:

22 Responses to “GROVERXIII IS A SWEET DUDE”