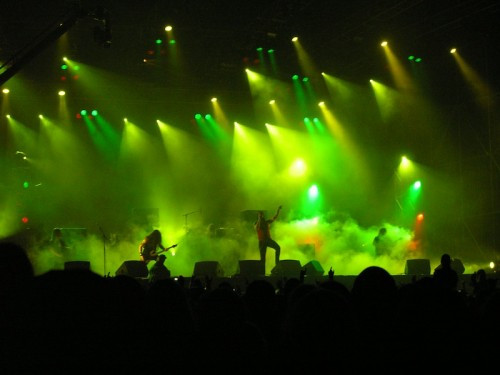 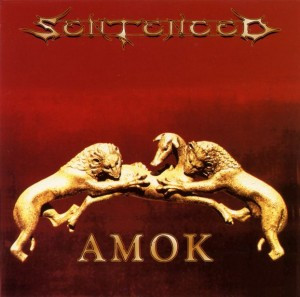 It certainly became more ill-fitting as time passed and the band increasingly turned to goth-rock and doom following the replacement, on vocals, of Taneli Jarva by Ville Laihiala (now the front dude of Poisonblack). You can’t say that Sentenced stood still, musically. Some fans stood with them all the way through the changes; many new listeners became fans.

We, on the other hand, prefer the old, harder edged music (see the name of this site). Here’s a video for a track called “Nepenthe” from Amok:

And here’s the video for a track called “Noose” from the album Down (1996), which followed Amok:

For our last song from Sentenced, we jump ahead six years to this track — “No One There” from The Cold White Light (2002). It’s not our standard fare, but we have to admit, it’s a good song: 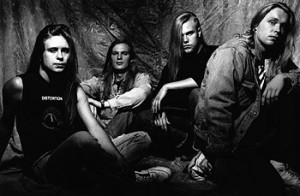 Stone came together in the mid-80’s in a town called Kerava. Between then and their disbanding in 1991, they produced four studio albums. To be brutally honest, we’d never heard of them before reading the comments on our invitation for suggestions for this Finland Tribute Week. Since then, we’ve done a bit of research, and it seems this band had an impact on the evolution of Finnish metal that perhaps outlives their name.

For example, Children of Bodom‘s Alexi Laiho has given significant credit to Stone’s guitarist Roope Latvala as an influence on his own playing. Latvala, as it happens, is a member of COB.

From our reading, it seems clear that Stone was a big deal in Finland in the late 80s and early 90s, playing a home-grown version of speed-metal and thrash that lit a napalm fire under fans and lots of aspiring musicians. We haven’t listened to much of Stone’s music, but this song seems to have been one of their more popular numbers. It’s called “Get Stoned” — and it rocks very hard. 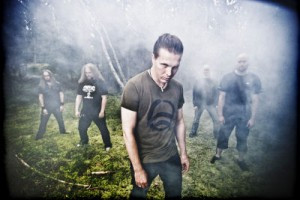 We only tumbled to this unusual melodic death-metal band about three years ago. We were late, as usual. They’ve been around since 1996, though their debut album didn’t wriggle through the birth canal until 2003 (Spirits and August Light), following four demo’s. They signed to Nuclear Blast the next year and released Years In Waste (which could be the title of my autobiography). Following a change in vocalist, the band signed to Candlelight and released the third album, Stuck Here On Snake’s Way (which could be the subtitle to my autobiography).

Dan Swanö (who can do very little wrong) mixed and mastered the fourth album, The Redshift, and said this about the music: “I hate bands like Omnium Gatherum, they are so good it pisses me off!!! Their fine blend of melody and aggression is so good I actually thought about stealing the record and releasing it as my own 🙂 You won’t find a better album in years.”

Where is the fifth album? Well, it’s gestating. It will be born soon. Dan Swanö will again be the midwife. The new offspring will be called New World Shadows, and it will be released on the following dates: Finland, Sweden, Hungary: February 9, 2011; Germany, Austria, Switzerland: February 4, 2011; the rest of Europe: February 7, 2011; North America: March 1, 2011.

Oh, and get this: Mr. Swanö (Nightingale, Star One, ex-Edge Of Sanity, ex-Bloodbath) will be providing some clean vocals, and Niilo Sevänen (Insomnium) will be doing some guest growling.

You may be exclaiming at your computer screen, “Quit yapping and tell us what the fucking music sounds like!” A very fair request. It sounds like this completely arresting song from The Redshift:

It also sounds like the music in this video (also from The Redshift):

Would you like to see what the album cover will look like for the forthcoming new release? Okay. Here: 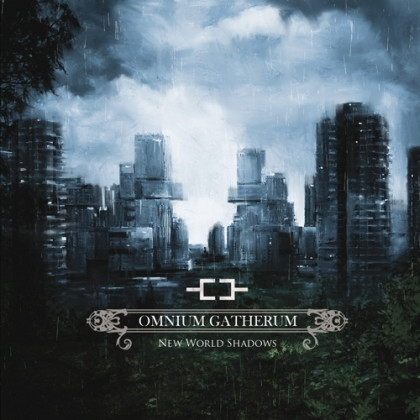