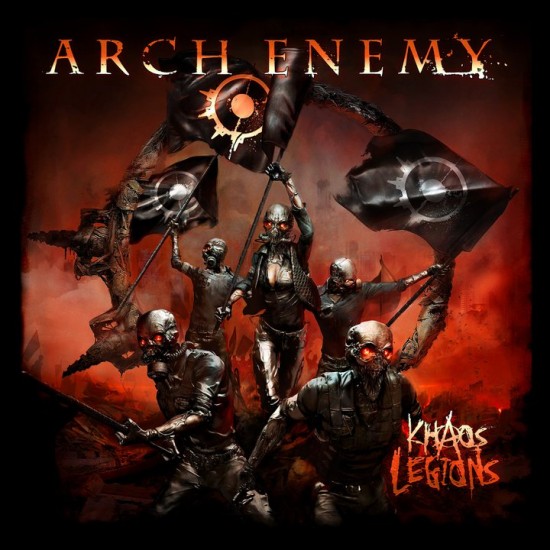 Arch Enemy revealed the cover art for their next studio release, Khaos Legions. I thought it was so damned cool that I had to stick it up here for all to see.

The artist is Brent Elliott White, who has done covers for the likes of Megadeth and Death Angel, and many others.

The album is due in the late spring or early summer on Century Media and will mark the band’s return to new original songs after the re-recordings album, The Root of All Evil (2009) and the live DVD/CD they released in 2008, Tyrants of the Rising Sun.