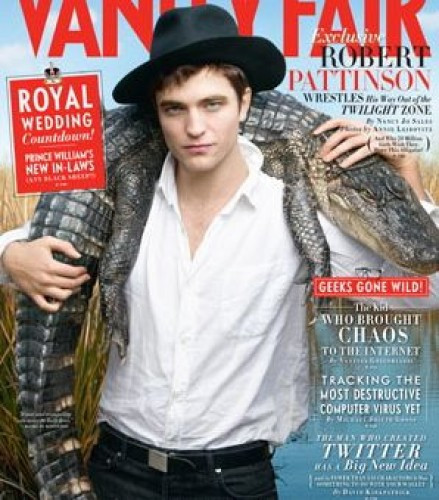 The time has come. I’ve decided to expose myself. No, not like this dude. I mean, it’s time to expose my face, time to show everyone what I really look like. And yes, that’s me up above with my cat.

For months now, I’ve received a surging torrent of e-mails from NCS fans asking for a photo of my face, not just the icon of my inked arms that I use for comments, which some people think is unfriendly and off-putting. Many correspondents have wondered if I even have a head at all. Actually, all of those people were asking if I had a brain, but I’m interpreting those questions as asking for a head-and-shoulders shot.

Many other people have written to ask that I post a photo of my cat, since I mention him so often in NCS posts and comments. I thought the photo up above was a good pose, because my cat has a habit of climbing up on my shoulders when I’m trying to write at the keyboard. He also has a habit of drinking from my water glass when I’m not paying attention and walking across my keyboard and entering random commands that I then can’t figure out how to un-do, or sometimes just deleting what I’ve spent hours writing. He also throws up a lot. But I didn’t think a shot of me cleaning up cat vomit would be as appealing.

He’s not a popular breed of cat. The coat is kind of rough, and they eat a lot, plus they intimidate some people. But I can tell you from personal experience they make really affectionate pets and they’re good with children, especially if you don’t like children. All it takes is for them to bite off a visiting child’s foot just the one time and you won’t have to worry ever again about your friends bringing their kids over for a visit. Awesome.

Where was I? Oh yeah, the photo of me. Some of you may be thinking that’s a photo of Robert Pattinson, but it’s not. That dude is in such demand after the big Twilight cultural explosion that he can’t be everywhere he needs to be, so I stand in for him every now and then. Dude gets bored having his picture taken anyway, and it puts the extra cheddah in my pocket that I need to keep NCS going, so it’s a win-win situation for both of us. (unfortunately, there is more after the jump . . .) 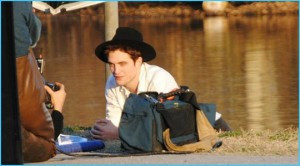 Looking like Robert Pattinson has its downsides. Metal bloggers are supposed to be ugly as sin. I think that’s an unwritten rule, based on the fact that most of them are, in fact, ugly as sin. So I was concerned that if I revealed my true Robert Pattinson-like appearance, it would hurt my street cred as a metal blogger. As you can see, I don’t have any facial piercings or gauges or ink on my neck. I’m not obese, and I stay well-groomed. I actually wash my hair every day and change my underwear twice a week.

Few metalheads wear slightly misshapen fedoras, so there’s that, too. I think a fedora set at a rakish angle lends a certain air of savoir faire, and it’s far more stylish than a sideways baseball cap. Strangely, I don’t see many fedoras at metal clubs when I feel like going out for a mosh and a headbang or two. Come to think of it, I’ve never seen one at all, except for my own. I do get some odd looks when I go to shows. One time a bouncer called me a “fucking pussy piece of shit”, but I think that was just his way of trying to be friendly.

Sometimes people in the mosh pits kick me in the head and ribs when I fall down, which is really poor mosh etiquette, but I think it’s unintentional. Y’know, sometimes people are just so into the music that they don’t see you lying there on the ground, writhing in agony with your neck under their boots, and they forget to help you up. But I think it’s good to lose yourself in the metal, so I overlook that kind of thing. I really don’t think it has anything to do with the fedora or my fondness for wearing un-ironed white shirts and showing some chest hair.

So, anyways, I’m hoping that all the e-mail traffic wondering about my head will stop now that I’ve revealed my true face, and my cat, for all the world of metaldom to see.

I also have to confess another motive for this post: I’m trying to draw attention to our Facebook presence. That’s right, the NCS Facebook page is closing in on 10,000 “likes”! So, get out there and spread the word! Pimp the shit out of the NCS Facebook page, which shouldn’t be difficult now that you’ve got my photo to use as an inducement. Get all your friends and relatives to “like” us. Why does this matter? Fuck if I know, but it seems to matter to all the bands on Facebook. So do it! We’re only 9,780 “likes” away from 10,000 — so close we can fuckin’ taste it!

Man, my conscience is already starting to get the better of me. I promised myself, and you, that we would be honest here at NCS. So, I have to admit I bent the truth a bit in this post.

These are not photos of me. That is not my cat. I don’t wear fedoras or wear white shirts in a way that shows chest hair. I don’t know Robert Pattinson or stand in for him at photo shoots. I don’t look much like him either. No one has written me asking for a photo of my face or pics of my cat; in fact, no one seems to give a rat’s ass what either one of us looks like. But other than those things, it’s all true.