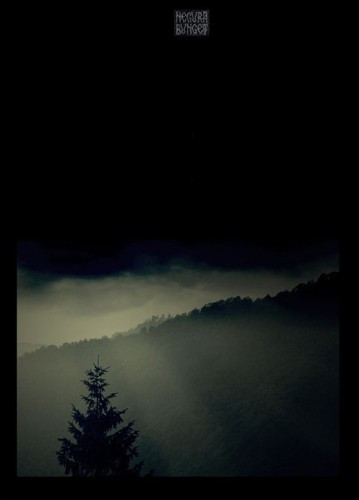 In the spring of 2009, undisclosed disagreements led to the departure of two of the three members of Romanian black metal band Negură Bunget. But although founding member Hupogrammos and Sol Faur were on their way out the door, they finished working with co-founder Negru on a re-recording of the band’s 2000 album, Măiastru Sfetnic. The new work, called Măiestrit, was released last year, and as we wrote in our review, it’s a remarkably impressive work.

With Hupogrammos and Sol Faur gone, drummer Negru set about recruiting a new line-up, including a guitarist and vocalist called Corb and a guitarist called Spin. In all, the new Negură Bunget is a six-piece band constructed to give even more attention to traditional folk instruments. And the new line-up also released its debut album last year — Vîrstele Pămîntului. We reviewed that one, too (here), and found that it was “a passionate and entrancing combination of extreme metal and traditional folk melodies and instruments.” It also appeared on several of our guest contributors’ Best of 2010 lists.

With that background, we’re very fucking pleased to report that Negură Bunget is set to release an EP (MCD) of new music on April 25 via code666 Records. The name of the EP is Poartă de dincolo (which means “a gate from the above” or “carrying from the other side”). To whet our appetites, the band have just released a wonderful preview track from the EP. You can hear it after the jump . . . 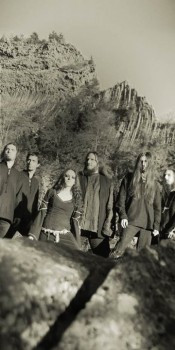 The band have given this explanation about the EP:

“As the name suggests it, Poartă de dincolo focuses on exploring the relation between worlds, either from above, under or beyond… The four tracks of the MCD present a spiritual travel to the possibilities of our inner being, reflected on the world above and beyond, on our ethereal and material being. Symbolical meanings engraved in the deepest corners of our mind open the world’s mysteries… Long forgotten symbols empower the soul to recognize and expand the limits of our very existence. All is inside, all is on the outside.”

I’m not sure I completely follow that last sentence. Perhaps it will all become clear when I listen to the EP — which I am damn sure going to do.

For now, here’s the new song, “La marginea lumii” (meaning “outskirts of the world”). I think fans of Vîrstele Pămîntului will be happy: