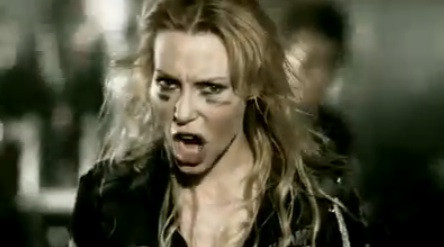 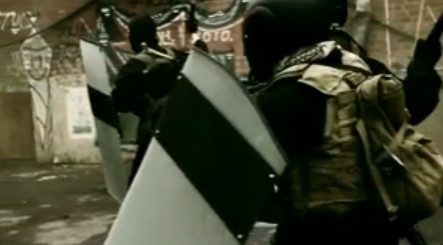 Fans of Arch Enemy get a treat today — the band has debuted the first official video for their new album, Khaos Legions, which will be released by Century Media on June 7.

The video is for a song called “Yesterday Is Dead and Gone”, and for now it’s being streamed exclusively in the U.S. at Guitar World (at this location). If you live outside the U.S., you may not be able to view it there — and if not, the band’s press release says you should visit the world map at this link to find out where you can see it.

If you’re a fan of Arch Enemy (as we are), you’ll like this song. If not, it won’t change your mind, because it sounds like . . . Arch Enemy. The video integrates shots of the band playing the song with shots of masked protestors running, waving flags, and protesting . . . something.