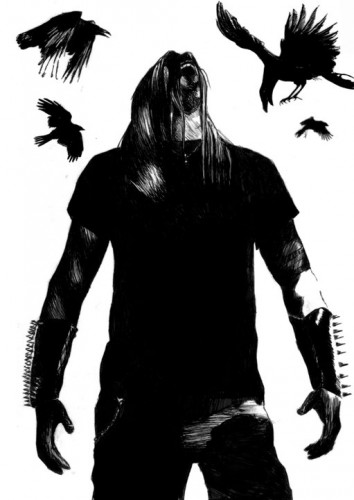 Assume that you’re a near-slavish fan of Agalloch. Now assume that you saw this post by the band on its Facebook page, preceding a link: “New KRODA album sneak peak. It is awesome!” What would you do? As a near-slavish fan of Agalloch, I clicked on that link with my trusty mouse. That took me to a web page for a Ukrainian black metal band called Kroda. On that page was a music player streaming five songs from a forthcoming album entitled Schwarzpfad (which Google Translate tells me is German for “black path”).

The player was preceded by this cryptic verbiage: “Don’t download this promo-version due to low bitrate and because this mix miscontains something. Furthermore, please, don’t upload this promo-version to mp3-traders portals as ‘album’. Respect musicians and their wish to give you possibility to listen new material for free before it is officially released. The promo-player will be active only ’til 02.05.2011. Schwarzpfad album will be released via PURITY THROUGH FIRE in closest time.”

I’m really only guessing about what that means, but my guess is that some of the mixing and mastering remains to be done for the songs as they’re delivered via the player (though it sounds finished to me). I wondered why Kroda bothered to put up the stream with those kinds of reservations. But Agalloch vouched for the awesomeness of the music, even in its not-entirely-finished state, so I started listening.

I listened to every song. And then I started over and listened again. Why? Because it’s . . . awesome. And it doesn’t sound quite like any black metal I’ve heard this year. I figured out a way to embed that player here on our site (after the jump). Check it out now, because if that cryptic note is correct, the stream is about to evaporate. 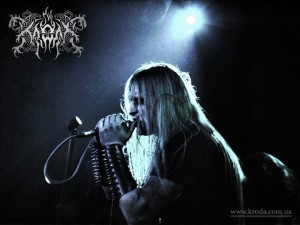 Kroda describe their music as “HelCarpathian Black Metal”. I like the word HelCarpathian. Though it doesn’t really tell you anything about the music, it’s a cool word.

The music is fucking cool, too. As you might guess from Agalloch’s enthusiasm for the music, it includes pagan/folk elements, but it has real teeth. The songs flicker between scorching, headbanging blasts of high-speed fury, quiet interludes of flute, acoustic guitar, and melodic keyboards, and killer riffs with rock rhythms underneath. The tremolo-picked lead guitar lines spin out memorable melodies, the drums roll and hammer, and the vocals are caustic without being grating. It’s a formidable example of black-metal beauty and the beast.

Seriously, this is good.

Below is that music player where, at least for today and maybe Monday, you can stream the album. You can stay up to date about Kroda and plans for the release of Schwarzpfad in its finished state either at Kroda’s Facebook page or at their official site.