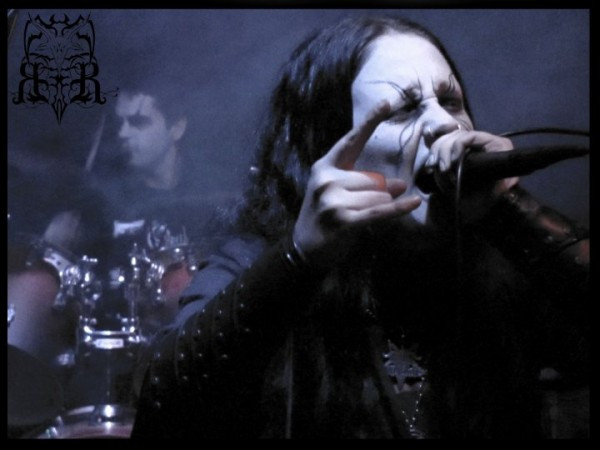 Based on the enthusiasm quotient of our recommendations, we’re focusing today on Theatre Runs Red, Contrast the Water, and Pledge Defiance. We picked those names without having heard the music, which is what we do for our MISCELLANY posts, and just as we do for those posts, I listened to a song or two from each band and then recorded my first impressions, while giving you a chance to listen for yourselves and make up your own minds. So dive in with us after the jump and give yourself a chance to make some new discoveries from the world of SA Metal. As it happens, all three of these bands are working on albums that should see release sometime later this year. 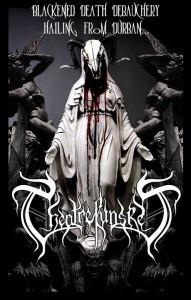 So — enthusiastic recommendations from the comments we received on Part 1 of this series: Rory from A Walk With the Wicked called Theatre Runs Red “easily the best black metal band SA has ever produced.” Sash wrote: “The best band in the world! i have never seen a live band out that much effort into presentation and presence in my entire gigging life . . . and that’s a long time!!!!” And others recommended this band as well.

The band is from Durban and appears to have been organized in 2008. They claim a range of influences, “from the most ferocious death metal to the dirtiest black metal,” and as one distinction, they’re fronted by a woman who goes by the nom de guerre of Ebony. They also appear to gig relentlessly in the country and have developed an extremely dedicated following.

We found two songs from the band available for streaming and download on SoundClick (here) — “Once Upon A Nightmare” and “Give Me Blood”. Sash’s comment in our previous post indicate that these are old songs, but not much else is yet available on the webz, so that’s where I started.

Impressions: “Give Me Blood” chugs like a rumbling freight train on fire in the night, keyboard atmospherics here and there, and deep, lion-like, roaring vocals (no hint that a woman is behind that brutal voice). It sets the hook pretty damned well. “Once Upon A Nightmare” perpetuates the atmosphere of menacing doom with isolated pounding percussion, creepy noise, and ghostly susurrations before transitioning to the song proper. This time we get unclean vocalization throughout the range, including some hair-raising shrieks, to accompany the pounding rhythms, rancid riffing, and morose keys.

Improved production quality would enhance these songs, but they still evidence a band with promise for the future. Here’s “Give Me Blood”:

[audio:https://www.nocleansinging.com/wp-content/uploads/2011/05/theatrerunsred+givemeblood.mp3|titles=Theatre Runs Red – Give Me Blood]

We understand that Theatre Runs Red are recording new songs for an album they plan to complete by close to the end of this year, and our informant Sash tells us that the newer music is “much darker and heavier”. We found this YouTube clip of a fan-filmed live performance in March that seems to be one of the new tracks, called “The Arrival”. The visual quality is not great, and the sound quality is muddy (as you might expect), but the blunt, primal power of the song still comes through. 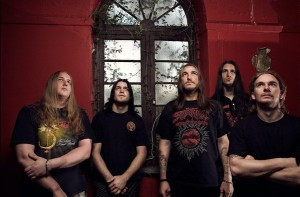 Contrast the Water is another band from Durban that came highly recommended from several sources in response to our previous post. They organized in 2006 and in 2008 released their debut album, Forge of Rage. They’re now working on a second album with plans for a release in the near future. According to their Facebook page, the recording is done and completion of mixing and mastering is all that’s left.

Two of the new songs are currently streaming on the band’s Facebook and ReverbNation pages — “Death Mirrors Mine Eyes” and “Washing of the Spears” — and both are available for free download here.

Impressions: A boiling pace, dynamic time signatures, fleet-fingered riffing, nasty wolfish growling and piercing shriekage, accomplished guitar solos that writhe and reverberate, and chest-thumping grooves. This is music for fans who like their death metal with a bit of technical flash to complement the blunt-force trauma and who prefer bloody meat in their diet. If you’re a fan of bands like Decrepit Birth, I think you’ll conclude this is some cool shit! Check this out:

For more info about Contrast the Water, their Facebook is here. 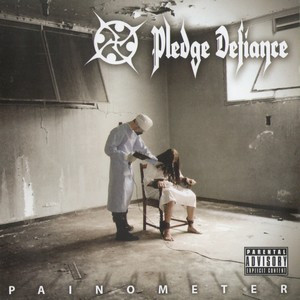 Pledge Defiance is yet a third band from Durban that also got high marks from commenters on our earlier post. The band has experienced more than its share of ups and downs, including the loss of former vocalist Andrew Keith Brecher to a brain embolism in 2008. But in 2009, they unleashed their debut album, ferociously entitled Painometer. Now, they’re busily working on recording a new one, to be entitled Leprotic Stew. The band characterizes their music as “technical deathgrind”, and so it is.

We found a handful of songs from Painometer to savor, but before we get to that, here’s a video of the band performing one of their new songs, “Eat My Spawn”, in their bandroom in Durban. This is no-fucking-around brutal death metal with hammering slams, squalling guitar blasts, and voracious vocalization. Think about Cannibal Corpse feasting on human carcasses with Dying Fetus. Yummy!

Now, here’s a ReverbNation widget that will allow you to stream three of the songs from Painometer. I’m especially fond of “Slaughtering Spree”. It’s lit up with grindcore-style mayhem but anchored with barbaric, tremolo-fused, guitar power and a demonic solo. There’s a lot of Deicide-al venom in this song. Seriously, ladies and germs, this is old-school meets new-school, but what they’re teaching is a kind of sweet sickness.

To keep abreast of what’s happening with Pledge Defiance, visit their Facebook page.

If you’re interested in exploring more South African metal on your own while you wait around for our third post on this subject (and by all means don’t be holding your breath while you wait), then here are a few places that seem like good doorways to the scene: