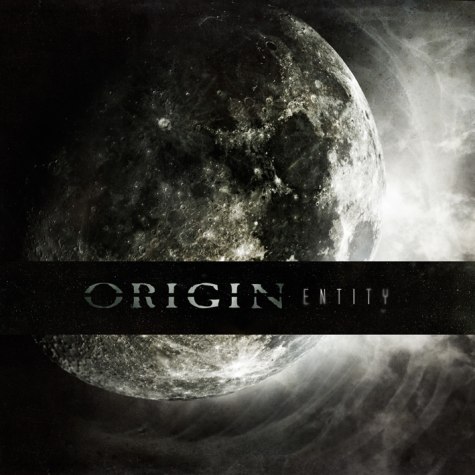 Thanks to Streaming Chaos, I just discovered that Guitar World has premiered a new song by Origin from their new album Entity, which will be released on June 7. This album has been one of our most-anticipated releases of 2011, and the new song validates all our barely pent-up enthusiasm. It’s called “Saligia” and its a tour-de-force of technical death metal. It’s not just blisteringly fast and technically jaw-dropping, it’s loaded with unexpected, brilliantly inventive guitar leads and solos. Guitarist Paul Ryan is simply mind-blowing on this song. Mind. Blowing.

And if the drumming of John Longstreth doesn’t cause your jaw to hang down like the gape of a drooling cretin, I’ll be very much surprised.  Not that you’re a cretin. If you were a cretin, you wouldn’t be visiting NCS, because the kind of discrimination in your reading and listening habits that brings you here requires supremely high intelligence. I’m just talking about a momentary resemblance to a drooling cretin, which will last only as long as it takes you to finish this song.

I’m serious. Expect jaw-dropping, eye-popping, and sloppy salivating, maybe accompanied by soft moaning when you hear this. The player below will probably be restricted until Guitar World’s exclusivity expires, so to hear the song now, visit this location. UPDATE: The web-world being what it is, the song is now up on YouTube, so although Guitar World has a nice interview with Paul Ryan in addition to the song stream, we embedded the YouTube player for the song here at NCS — after the jump.

Oh, and also after the jump we’ve got a clip that will allow you to hear 30-second samples from every song on the album.