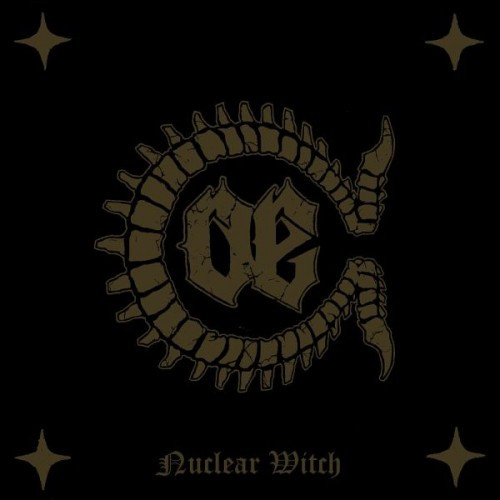 Cult of Endtime is a five-man death-metal machine from Joensuu, Finland, who came to our attention via a Facebook post by the excellent South African band A Walk With the Wicked. Cult of Endtime created a 2010 demo with three songs, which we haven’t yet heard, and then more recently a three-song EP with the most excellent title of Nuclear Witch. Those three songs are what made our playlist.

The world seems to be filled with death metal bands — new, old, and ancient. By our lights, this is good. The more death metal, the better. But with so many choices, how is a poor, confused soul to judge what’s worth hearing? What separates the good from the so-so?

As always, separating the death metal wheat from the chaff comes down to mature songcraft, superb execution, and the right kind of soul — all of which Cult of Endtime have. You listen to these three recent songs, and you would never guess they’re only the fourth, fifth, and sixth songs this band has yet produced for public consumption.

Dense, tarry riffs and a titanic drum beat drown you in a vat of sweet filth. Razor-edged guitar leads carve and decimate. At times, the songs attack relentlessly, at times they roll like a mid-paced phalanx of volcanic magma, but the songwriters didn’t lose sight of the magnetic effect of a convulsive groove. It’s disgustingly evil, and at the same time, the music’s morbid threads of reanimator melody and ghoulish rhythms sink their hooks firmly in your head. (more after the jump, including all three songs . . .) 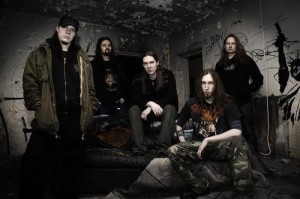 Oh, and let’s not forget the vocals. Heikki Miettinen‘s vocals are fantastic — there’s great range shown on these songs, but the vocals are never less than bitingly acidic, a menagerie of howling demons. Those flesh-scarring vocals and the brief jolts of tremolo guitar give these songs a slightly blackened quality — or maybe I’m just confusing that with the blackness of putrefying flesh.

Part Entombed, part Grave, part Asphyx (particularly in the death-doom horror that crawls through “Discourse With the Dead”), and other parts, too, Cult of Endtime have made a mark with Nuclear Witch, and we expect even greater things from them in the future. They are from Finland, after all, and this is death metal that fuckin’ rocks.

These songs are so damned good that we’re going to do our bit for public service and just stream all of them right here:

Cult of Endtime: “Screams From Below”

[audio:https://www.nocleansinging.com/wp-content/uploads/2011/07/02-Screams-from-Below.mp3|titles=Cult of Endtime – Screams from Below]

Cult of Endtime: “Discourse With the Dead”

[audio:https://www.nocleansinging.com/wp-content/uploads/2011/07/03-Discourse-with-the-Dead.mp3|titles=Cult of Endtime – Discourse with the Dead]

You’ll be pleased as punch to know that the band have made all of the songs available for free download. Here is the link (as soon as you click this link, the download will start immediately):

They intend to make physical copies available at a later date, and the CD will include two extra tracks as an added inducement.

Cult of Endtime’s official site is here, their Facebook page is here, and their MySpace is here.

P.S. Do you remember the part of the MySpace profile that asks bands to fill in the blank for “Sounds Like”? Okay, I know that no one visits MySpace any more, and you’ve probably forgotten that, but on Cult of Endtime’s MySpace page, they filled in the blank this way: “Sounds Like: a musical interpretation of Saturn Devouring His Son by Goya.”

Now that is just fucking cool — just as fucking cool as the artwork of Goya. Here is Saturn Devouring His Son (someday I would like to go to the Museo del Prado in Madrid, Spain, and see this in full size — 4 ft 9 in x 2 ft 8 in): 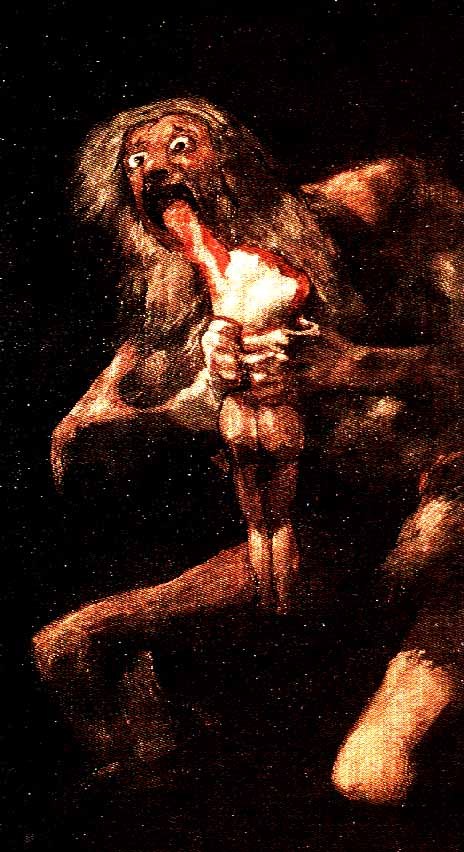 4 Responses to “SHORT BUT SWEET: CULT OF ENDTIME”