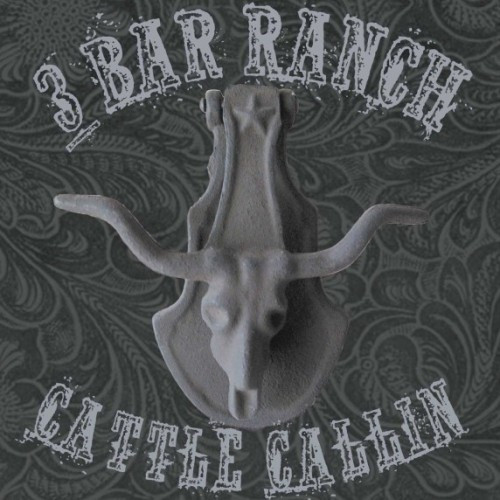 A tip like this could only have come from our buddy Phro, and so it did. I believe it has made my day, even if SUMMER SLAUGHTER turns out to suck, which it won’t.

Who would think of such a thing? Why, none other than Hank3, a/k/a Hank Williams III. He has a new album scheduled for release on September 6 called 3 Bar Ranch Cattle Callin. Actually, he has three albums scheduled for release that day, including Ghost to a Ghost/Guttertown, a double disc of country tunes, and an album of doom metal by the name of Attention Deficient Domination. But it’s two tracks from 3 Bar Cattle Callin that have made my day.

I guaran-damn-tee you that you have never heard anything like this before. It takes metal craziness to a whole ‘nuther level. To quote from Jeanne Fury’s write-up on the DECIBEL web site, “it’s so deliriously nuts, it’ll singe your utters and have you reaching for the Bag Balm.” And to top it off, both songs are available for free download. Podna, you really owe it to yourself to stay with us past the jump and expose your delicate ears to this unique form of mayhem. Seriously, Phro and I can’t be the only NCS denizens screwy enough to find this appealing. Can we?

Here’s another excerpt from Jeanne Fury’s lovely prose about the cowshit you’re about to hear:

Ladies and gentlemen, it’s not every day that the Deciblog introduces you to a whole new genre of extreme music. But today is special. Today, we bring you a new breed of ferocity. Behold… CATTLE CORE. That’s right, you mooing sons-o-bitches. Cattle core. Speed metal + cattle auctioneer vocals = cattle core. “Why didn’t I think of that?” you’re saying to yourselves. Because you’re stupid and have no vision, that’s why. But to soothe the burn, recognize that Hank3 (also known as Hank Williams III) is the pioneer of this twisted amalgam, and he is, quite frankly, the only one who could pull off such a blazing experiment without turning it into a steaming pile of fertilizer.

In addition to skidmark-inducing metal, the songs features famous cattle auctioneers Tim Dowler and Mitch Jordan. It’s amazing these guys can feel their faces after 20 minutes of work. . . . Throwing the horns has never before felt so appropriate.

Fuck yeah. Now, listen up cowboys and cowgirls, and if you like these cowpies, you can use the links after the music players to visit Soundcloud and download the songs for yourselves.