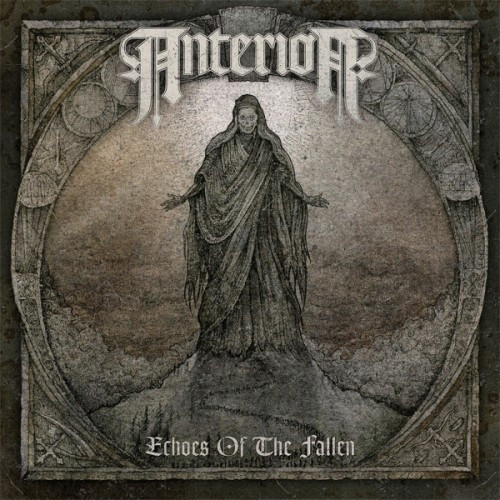 I came across this song in a typically randomized fashion. I know you’re dying to learn how that happened, and so I will tell you, because I don’t want you to die, because, y’know, your death would reduce our readership and site traffic, and that would reduce our advertising revenue from zero to some kind of negative number. Since we don’t advertise, I wonder who I would have to pay if you died?

Where was I? Oh yeah, how I came across this song. Well, I included a UK band called Anterior in this morning’s installment of MORE 2011 SICKNESS. I saw a news blurb about the band’s forthcoming album, and their name rang a bell with me — though I wasn’t sure why it did — and so I added it to that list of forthcoming albums. One of our readers, jeimssi, added a comment to the effect that it was the first time jeimssi had seen anyone writing about Anterior anywhere, and that caused me to think harder about how I knew this band and why I had lost track of them.

I have only one Anterior song on my iPod, and I can’t remember why it’s there. It’s called “Days of Deliverance”. While listening to that song for the first time in many moons, I did some net-snooping to find out more about what Anterior has been up to — and came across a squib from Metal Blade Europe from a bit earlier this morning announcing that Anterior had just premiered the second single from the new album. My machinelike mind, working at the speed of light, deduced that Anterior must have also released a first song from the album.

So, I tracked down both songs. The one that premiered today is called “Blood in the Throne Room” — and fuck, did it light me up from the first few notes. It’s a blistering, headlong gallop of melodeath pancake goodness, with a crazy-good guitar solo whipped into the batter. Listen after the jump (you’ll find a stream of the first song from the new album after the jump, too.)

First, here’s “Blood in the Throne Room”, which originally premiered on Altsounds:

Fucking good pancake, eh? But that’s only the first serving.

And now here’s the first song that debuted from the new album. It’s called “Tyranny”, and man is it a sweet piece of thrashy headbanger-induction. It features another tasty guitar solo, a cool little bass solo, and some very nice blast-furnace, hardcore-style vocals.

The new album, Echoes of the Fallen, — which I am now hot to hear in toto — is set for release in Europe on August 26, the UK on August 29, and North America on September 13 via Metal Blade Records. Anterior have launched a landing page where you can check into pre-order options, and you can stalk them on facebook at this location.